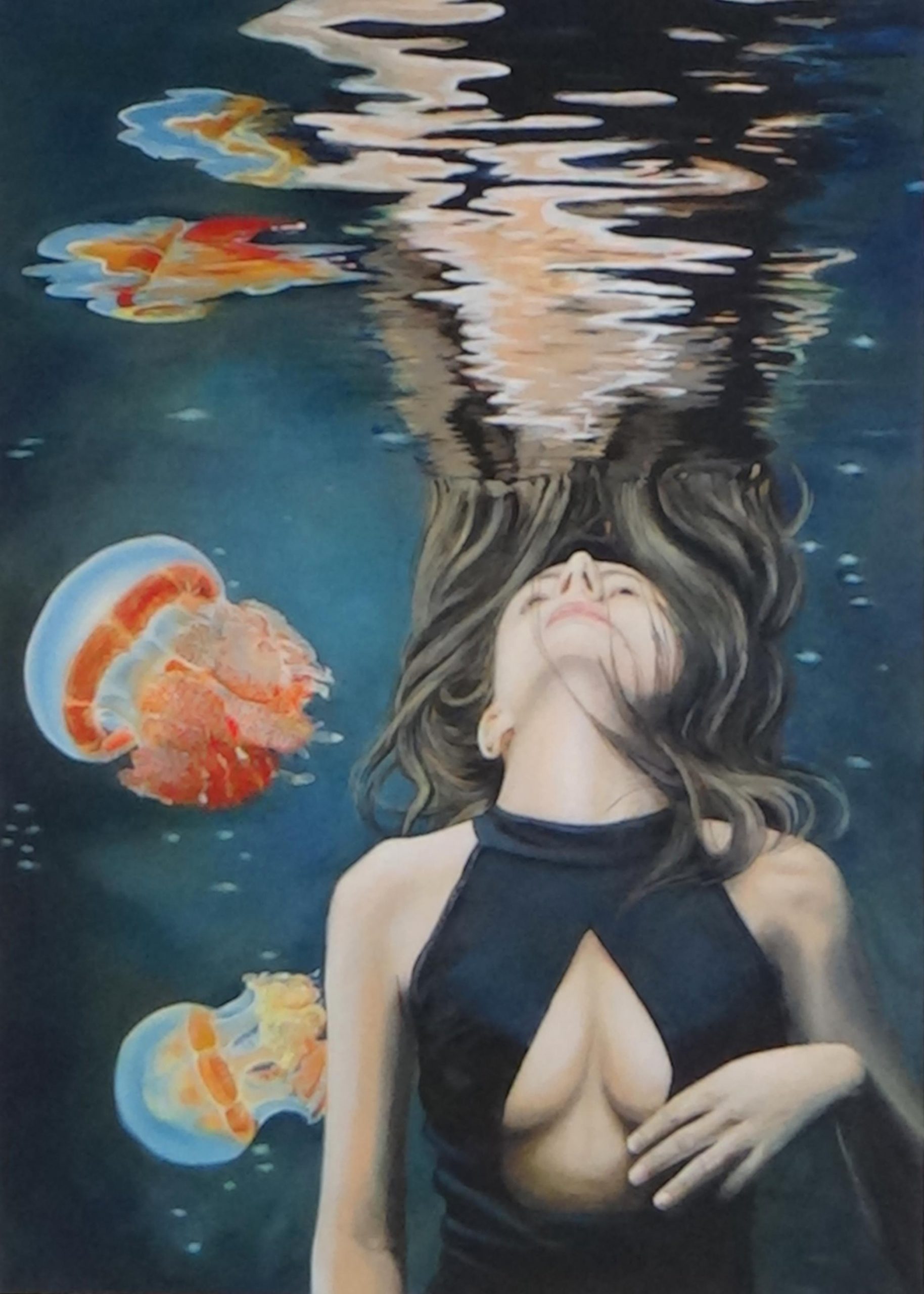 9A (Amphitrite) is a painting loosely based on the Greek sea goddess Amphitrite, but painted in a contemporary way. Under the influence of the Olympian pantheon, she became the wife of Poseidon and was later used as a symbolic representation of the sea. Where it begins to go slightly weird and wonderful – as it always does in Mythology – is when it comes to offspring. It included seals and dolphins. Allegedly, she also bred sea monsters and her great waves crashed against the rocks, putting sailors at risk. But she also had a son, Triton who was a merman, and a daughter, Rhodos.

There are many different interpretations everything from a ‘regular Jane’ queen on Greek vases to the wilder ones with her husband Poseidon (Neptune in Roman mythology) all with Chariots and dolphins and what not. An example of this is The Triumph of Neptune by Nicolas Poussin, showing Amphitrite velificans (1634).

Now for as ‘a symbol of the sea’, I have gone for the more ‘Regular Jane’ representation without all the trappings. However, I have added Lion’s mane jellyfish (Cyanea capillata) to the composition.

Acquired in April 2017 by a private collector

There are great many depictions out there of Amphitrite, the sea goddess. The artistic interpretations have gone from the simple to the more complex. It is wonderful because then there is something for everyone.