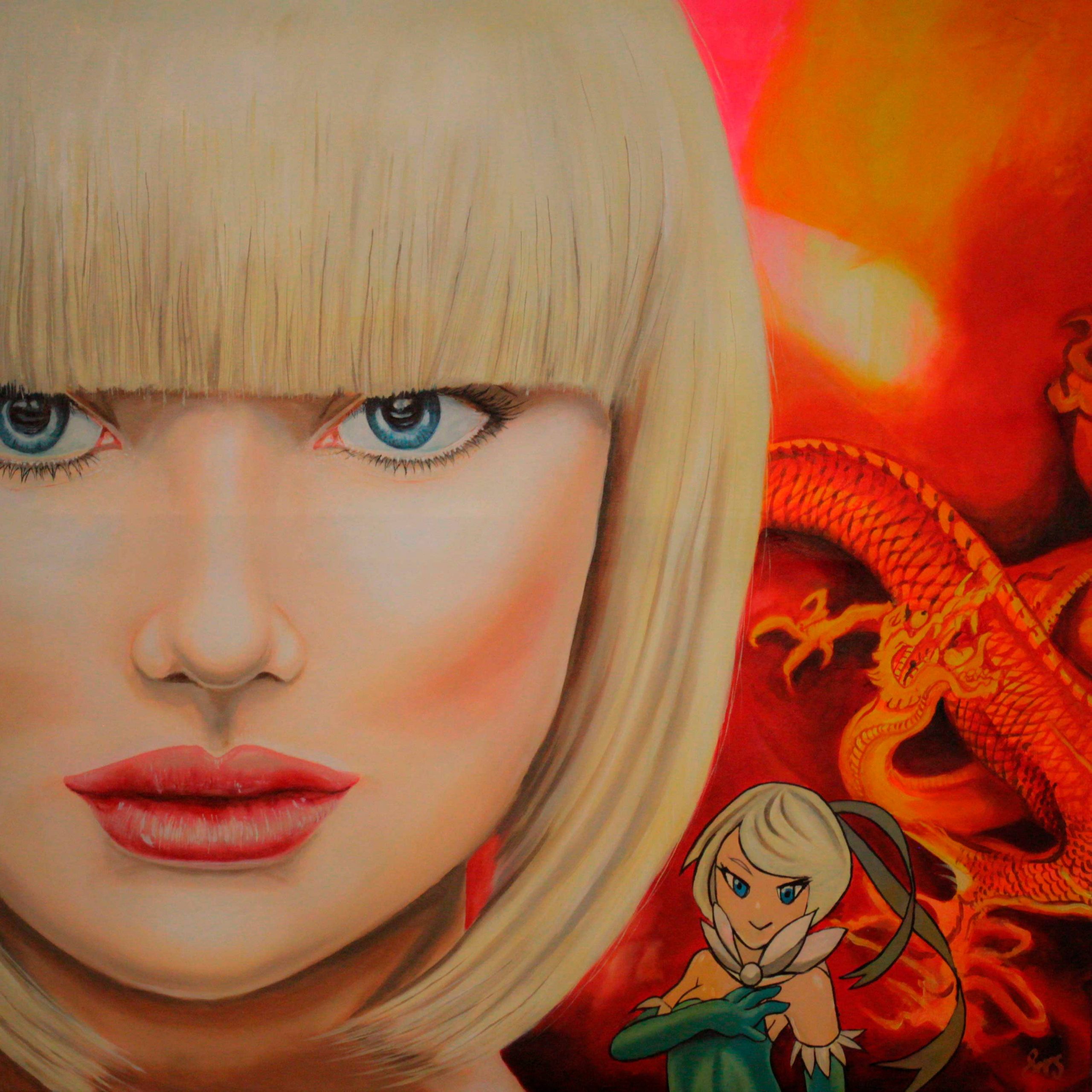 0h Anime borrows from the broad visual Japanese genre of animation, which is stylistically close to manga. What might a person look like, who imitates a character in an Animé movie? Does it alter our idea of female beauty? Do the big eyes, little nose influence trends in plastic surgery?

We do not know, but it has a fascinating visual vocabulary, that any artist could benefit from studying.

Exaggerated eye size is a design convention in anime characters. The characters with large eyes can be traced back to Osamu Tezuka, who, as an animator, was deeply influenced by such early American animation characters as Betty Boop. Boop was drawn with disproportionately large eyes to ensure she could convey the entire range of human emotions solely through her eyes.

Japanese Anime now accounts for 60% of the world’s animated television shows. So if you are not a regular anime watcher, and your national TV stations do not broadcast much of it, rest assured that it is all happening on a massive scale somewhere else on this planet. It is also offered by subscription-based streaming services such as Netflix.

In addition to original works planned from the outset as animations, anime are often adaptations of Japanese comics, video games and novels to be consumed by various niche audiences.

You can see more paintings in the art series here