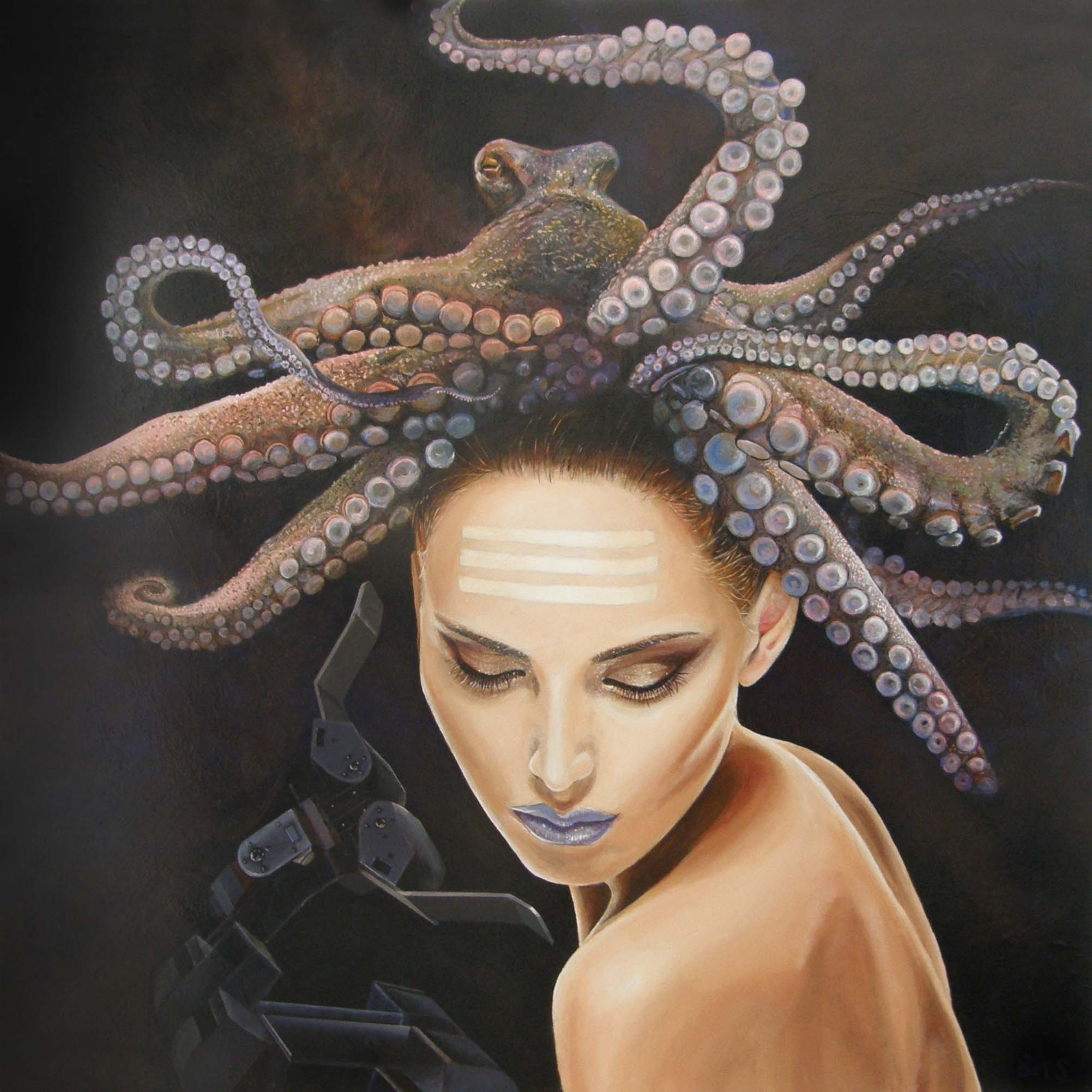 What to say about 3C (single in singularity)? There is not much art about singularity out there yet, which made it hard to resist the temptation. As for this work, it would be just as tempting for you to say this is a woman at a fancy dress party in the local robot factory. Alternatively it is the re-invention of the myth of medusa, and it would not far wrong.

The painting is part of the series Augmented, where we – amongst other things -deal with singularity plus the closer integration between humans and technology. I.e to the extent technology will be implanted rather accompany us via interlinked handheld devices. As a result we will see a revolution higher mental awareness and intelligence. Somewhat inspired by Dandapāni, the three lines on the forehead of the woman make up the symbol of Saivism and represent anava (ego), karma (law of cause and affect) and maya (illusion).

By the way, you can watch a time-lapse video , which shows you how this was painted.

The woman has an Octopus on her head. All octopuses are venomous and somewhat mysterious. It explains in part why they appear in mythology as sea monsters like the Kraken of Norway and the Akkorokamui of the Ainu, and probably the Gorgon of ancient Greece. Here, however, it is used as a bit of an omen or – shall we say – something which says we are entering unchartered ethical territory.

But there is another reason for this choice. The octopus is more or less one big brain. It has has the highest brain-to-body mass ratios of all invertebrates. It has a highly complex nervous system, only part of which is localised in its brain, which is contained in a cartilaginous capsule. Two-thirds of the neurons in an octopus are in the nerve cords of its arms.

Art about singularity is going to be an ironic misnomer. Soon it is going to be produced by networked computational artificial intelligence rather than by unaided human minds.

The painting was acquired in October 2018 by a private collector in Örebro, Sweden.