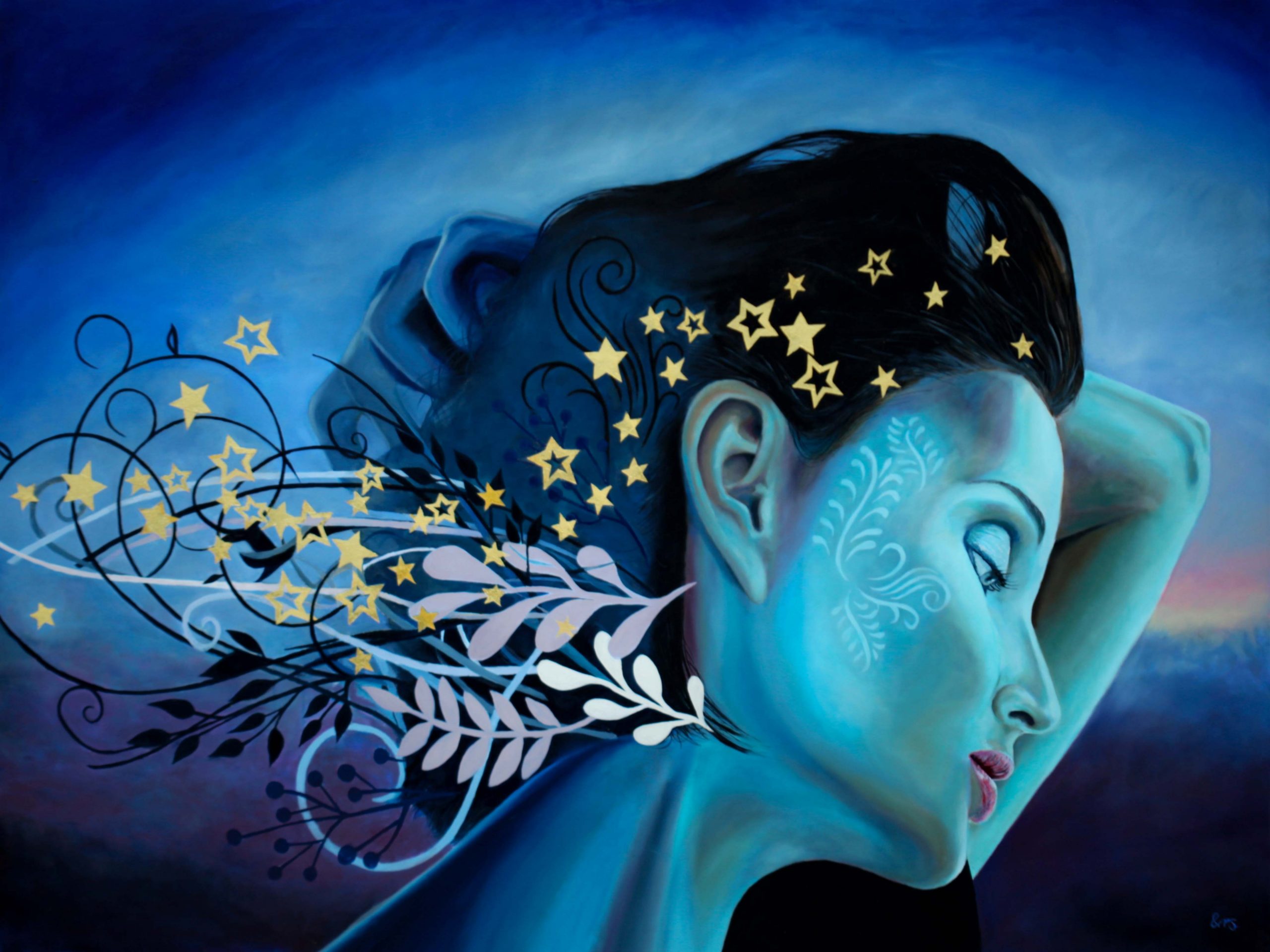 This figurative painting is loosely based on the Roman goddess of dawn Aurora. In Roman mythology she was said to fly in the sky just before the break of dawn. In our age, however, the name is more associated with the green, blue and/or turquoise flickering light phenomenon caused partly by magnetism.

This beautiful disturbance in the magnetosphere, as caused by solar wind, is called nordic light in the arctics (Aurora Borealis) and the southern light (Aurora Australis) in Antarctica and elsewhere in the southern hemisphere. The painting has stars made from 22 carat gold leaf to offset the many darkblue hues. When this painting was composed, it was a conscious decision to merge the etymology of the Roman mythical character with today’s popular perception of polar lights in high-latitude regions. It is difficult to imagine what a Roman deity ought to look like. But she would probably not be a flaxen-haired blue-eyed Helga of the North. If a Roman citizen imagined her,  she would  probably look like a Mediterranean beauty, and there should by some mystique and subtle sparkle about her.