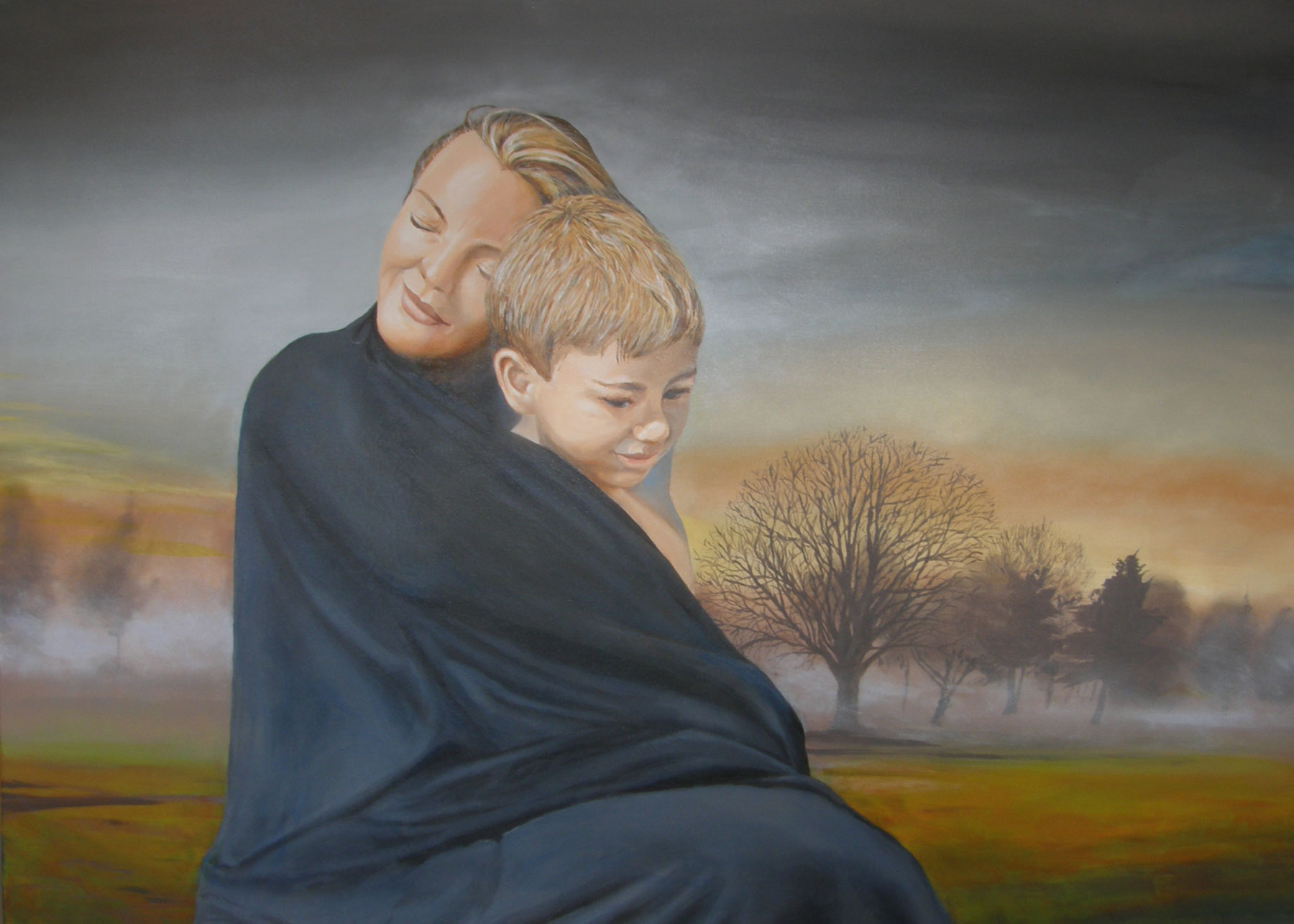 Cecilia Engfelt, a friend of the family, asked if I could paint a double portrait of her and her son. That turned out to be a fun and interesting project to complete. We ended up with this slightly unconventional format. At a loss for better words, it is sort of a cross between an affectionate depiction of the family bond in an almost classical Italian way. Then it has been combined with a landscape you could find in their native Scania (Skåne) region of Sweden. The idea with this mix, at least, was to produce an affectionate portrait, but without it all becoming sloppy and sentimental or borrow way too much Italian drama and passion.

The pose included dark drapery that conveniently connected the two persons and contrasted the skin tones. In the background you might imagine the rising mist at dawn by a mix of deciduous and evergreen trees.

The mix of the Swedish and Italian is no co-incidence. Cecilia has lived in Italy, and her son Theodor is half Italian. The stereotypical and life-long tie between Italian men and their mothers can be surprisingly accurate at times. Being Mamma’s boys has a name in Italian: “Mammoni”. In Italy, that has advantages as well as disadvantages. It all boils down to culture and tradition. In Sweden, however, the idea is to gradually cut some slack as a parent; and let a young man become fully independent, and not to see a future daughter in law as someone who has the audacity to ‘liberate her son’ from her.