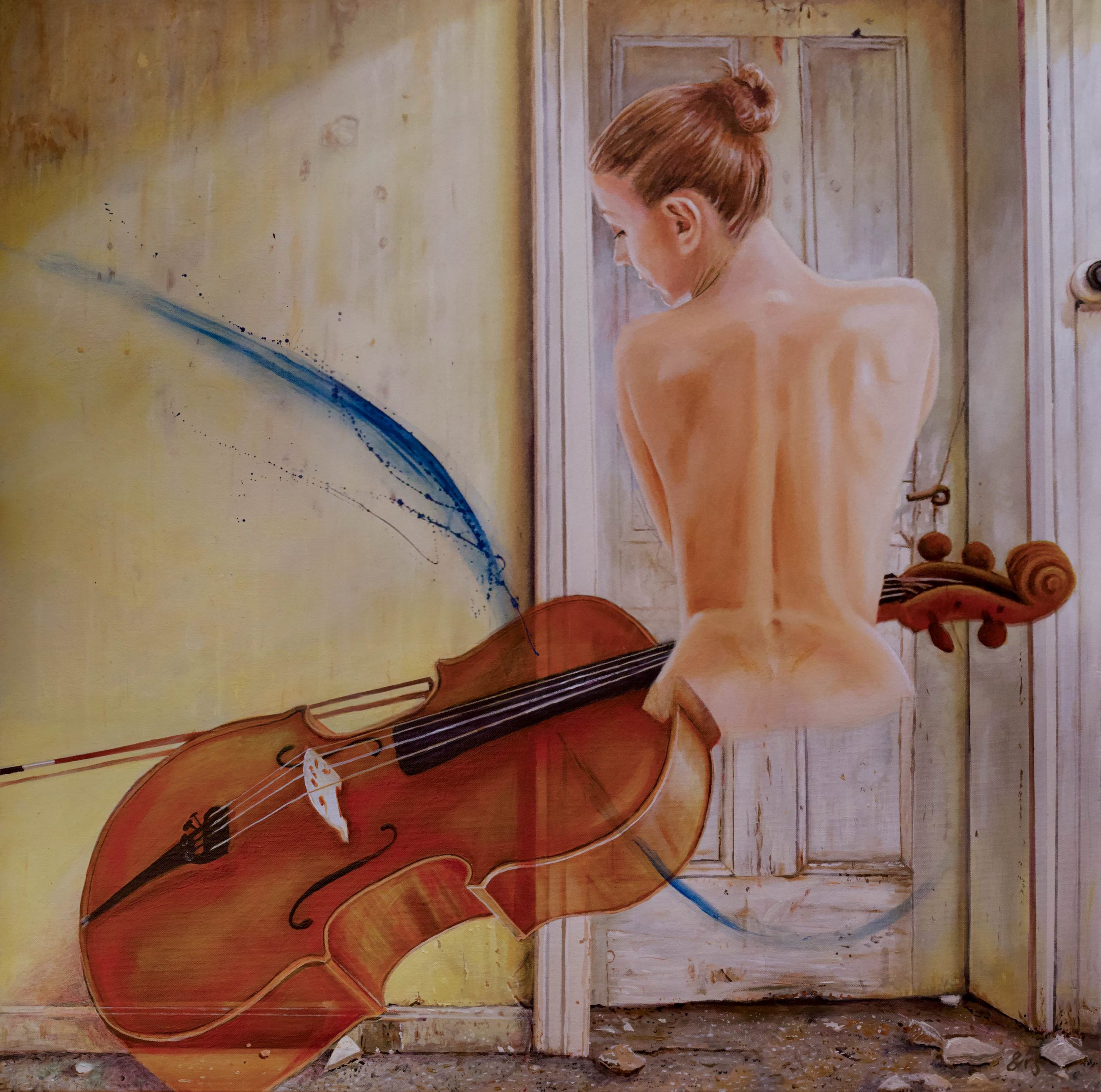 Inspired by the notion counterpoint, the composition of this figurative painting features a woman and a cello in an abandoned building with flaky paintwork on the walls and rubble on the floor.

Somewhat unreal almost like a mirage, the female muse is almost floating mid air. All but her head and torso have been faded out into the background. Here we have a number of contrasts at play. Dark against light, blue against yellow, the beauty of the female form and cello against the run down location. Note that an estate agent would term the latter rustic charm. But to the rest of us, it is a place that has seen better days. But there are also inherent harmonies. Take for instance the hourglass figure of the woman and the musical instrument and the balancing curve of the blue line.

Counterpoint (Contrapunto) is a term used in music where you encounter layers. But not only that, they are there to form a pleasing or notable contrast to something else in order to create an intriguing balance.