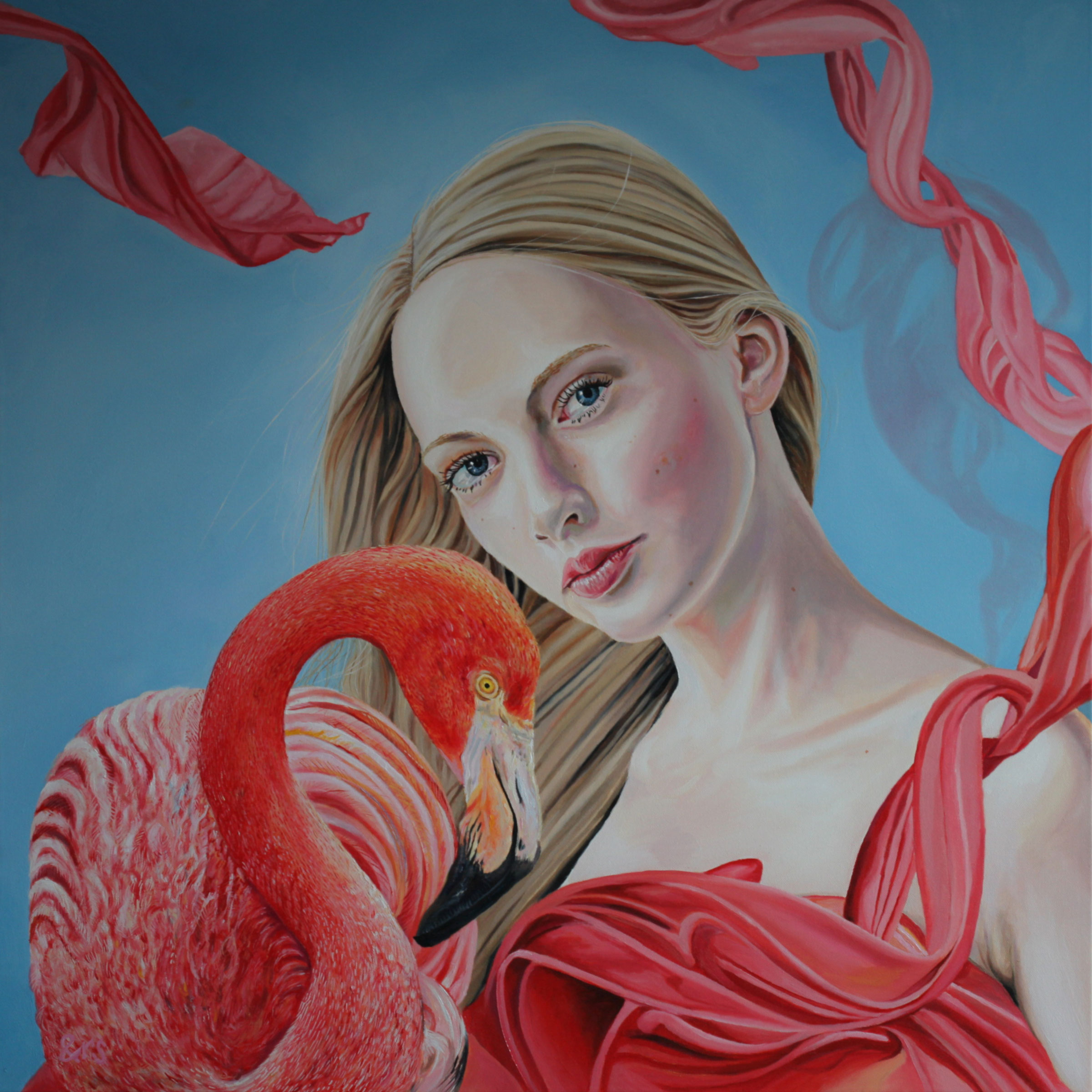 4i is a painting with a straight-forward composition from a lucid dream. As a figurative motif it features a woman looking at us perhaps a little insistently as if she has a message for us. She is wearing red drapery. The fabric seems to defy the laws of gravity somewhat to suggest an illusion of sorts. There’s also a flamingo that looks at you with one eye and the woman with the other.

This piece is about the notion of eternal youth, which all things being equal, must be a bit of a double-edged sword. Unsurprisingly, the working gallery title for this canvas is ‘Amarantha’ both after the colour of a certain genus of plants and the Greek etymology of unfading flower. It is present in John Milton’s Garden of Eden where its blossoms “shade the fountain of life” and he goes on to describe it as ‘immortal’ in reference to the flowers that generally do not wither and retain bright reddish tones of colour, even when deceased.

Vermillion red pigment is used in this, which ironically is the ‘eternal’ pigment. I.e not just in terms popularity amongst painters historically, but also because the mercuric sulfide has taken ages to cure and harden into a paint film. 3 weeks+, in fact.

As a figurative motif it has used many cold and warm red hues and that has been balanced by a bright almost uniform blue background with the exception of a slight halo or glow surrounding the woman.

Feel free to view other paintings in the series Misc

The reds applied here (Naphtal, Pyrrol Quinacridone, and Cadmium reds) are really slow at drying. The right word for it is is not drying but curing. This is because oil paint does not dry but harden through a complex process of UV exposure and oxydation. To speed this layered painting process up, you can use UV 16 lamps to mimic the rays from the sun relevant for the curing process.