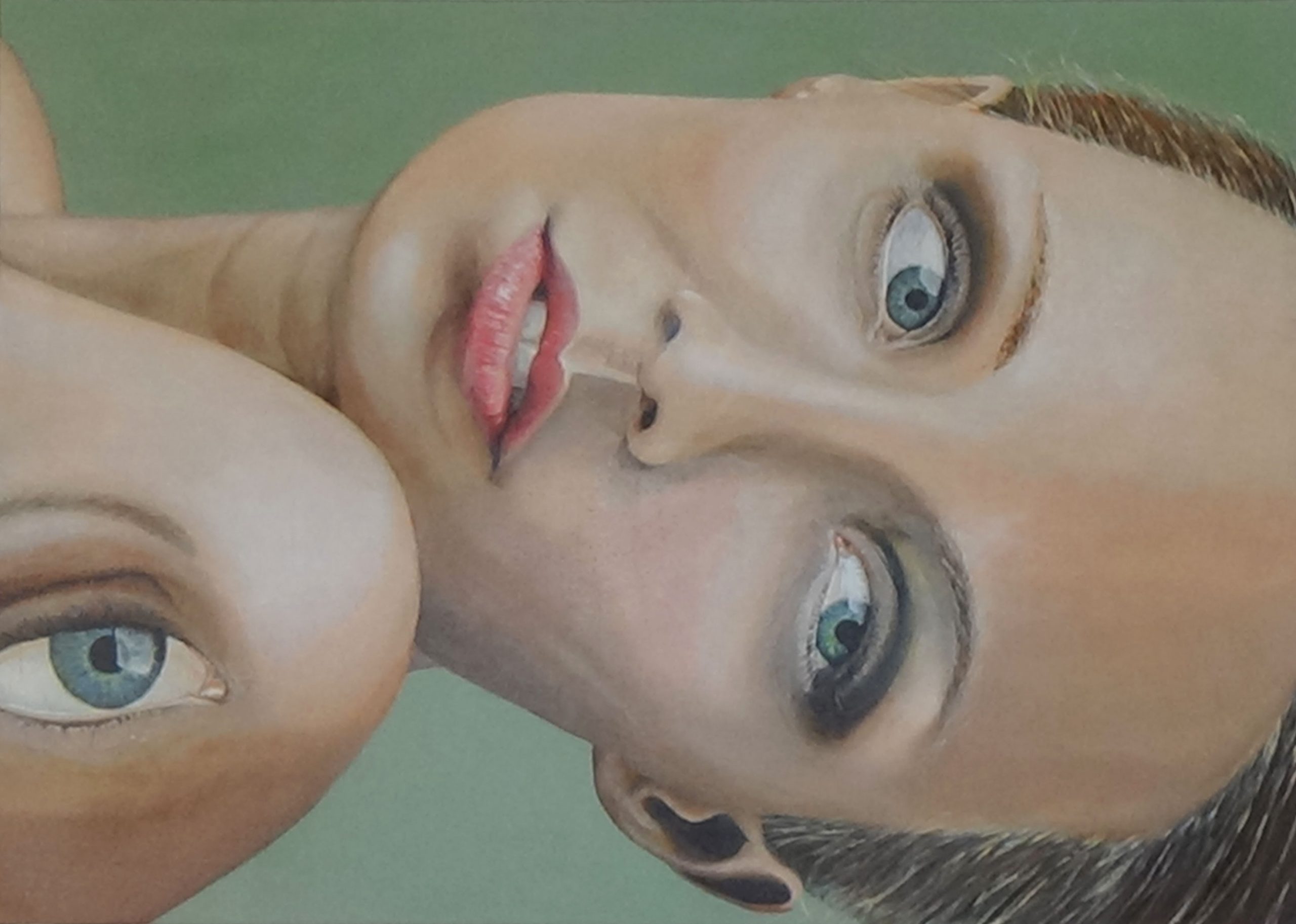 0B (iEye) is a painting that borrows from the syntax or structure of myths. More often than not, myths are batshit crazy. The term is used for a person rather than a story, but many would find it appropriate in the context of mythology. A person who is batshit crazy is actually so nuts that not only is their belfry full of bats, but there are so many bats that the belfry is coated in batshit. Therefore, the craziest of the crazy people are considered batshit crazy.

It is the rule with myths, it seems, that you must compose a story so batty that will get everyone’s attention round the campfire.

So as a narrator, you quickly enter the character development of some superhuman deity by making that super human entity do things no human can. Transformations and shape shifting into animals and monsters are common place, as are magic spells, the use of cunning and the application of strength or wrath that would equal the force of natural disasters.

This painting is a more modest and contemporary mix of myths that involve eyes, and we will soon look at a couple of examples. But in the meantime, this one is about the body as a big part of being a sensual tantric being.

And now the first example, and that is perhaps not as crazy as it sounds. In both Hinduism and Buddhism, the third eye is said to be located around the middle of the forehead, slightly above the junction of the eyebrows, representing the enlightenment one achieves through meditation. The third eye – also known as the mind’s eye or inner eye – is a mystical and esoteric concept of perception beyond ordinary sight. We are talking here of religious visions, clairvoyance, the ability to observe chakras and auras.

The second example is perhaps more of the batshit ilk. You decide. In Greek and later Roman mythology, Cyclopes were giant on-eyed creatures who enter the stage on and off. In Hesiod’s Theogony, Cyclopes are the three brothers Brontes, Steropes, and Arges, who made the thunderbolt weapon for Zeus. In Homer’s Odyssey, they are more movie extras or stand-ins acting out the roles of shepherds and wall builders.

The painting was acquired by a collector from the auction house Lauritz in August 2019. You may be able to obtain a smaller signed limited edition print.