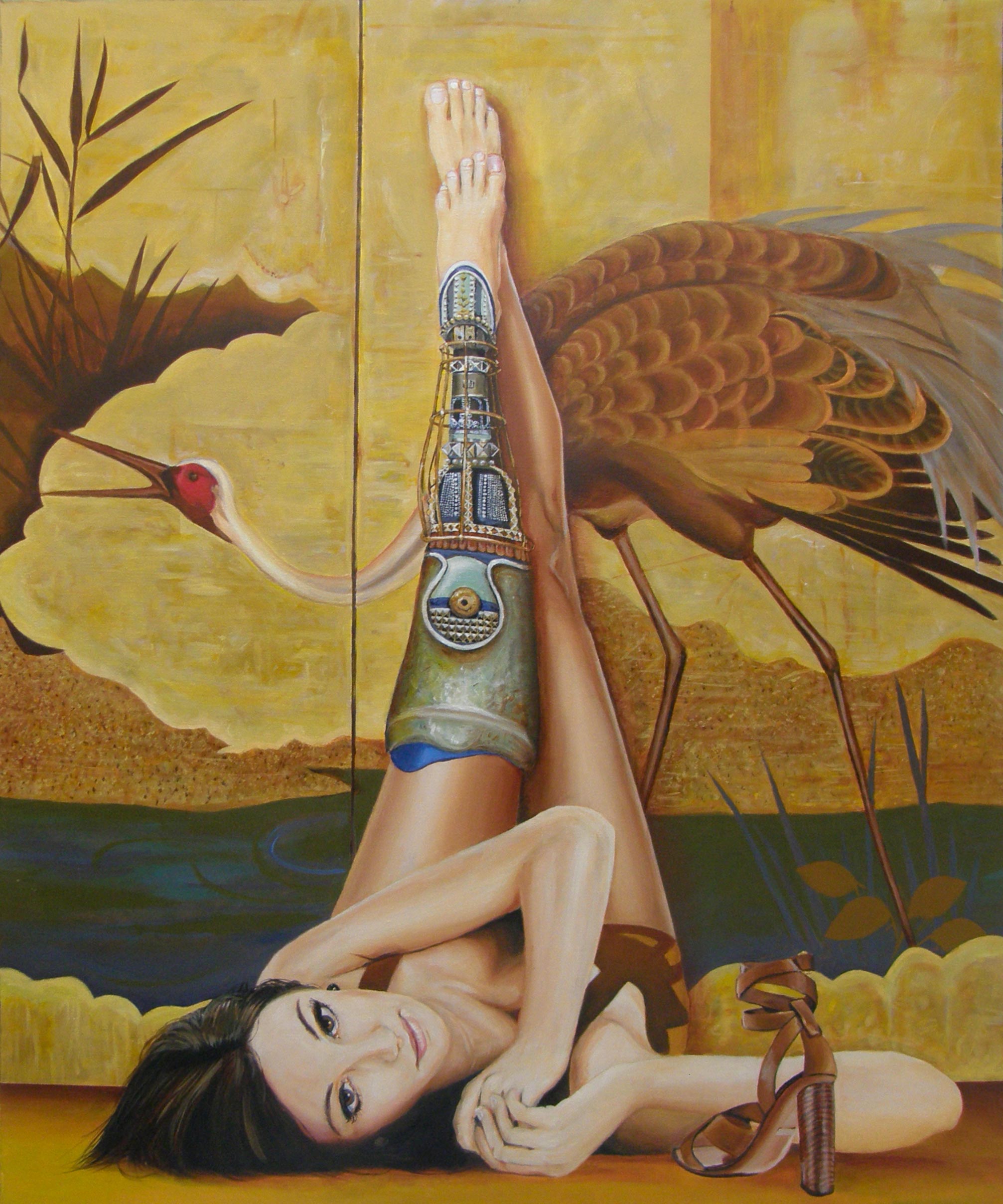 7C (legs in art and technology) is a composition that is kept much within a warm colour scheme. The painting contains a female figure and a Japanese folding screen. How this came about, was – as is the case with output from many artists, just serendipity. I.e. being open to related and unrelated inputs. When you do that they tend to accumulate and combine.

Whilst working on Augmented, I came across bionics, which is used in the field of AI powered humanoid robotics. Of course this area has other applications such as producing prosthetics, and here a revolution is taking place in terms of extra dexterity and more joints being moved electronically by subtle signals sensed from indirect contact with human muscle and nerves.

The idea for this painting then developed further, and got less ‘tech only’. In fact, it turned more into the happy merger between tech and human.

One day I watched a Ted Talk with Aimee Mullins. By the way, she looks nothing like the woman in this painting, and it was not painted as a homage to her either. Anyway, Aimee is a running blade para-olympic athlete, actress and model. She said that she had not been disadvantaged in her life by being double amputee. In fact there are times where it has given her an edge. Within reason, she can decide how tall she is going to be. Her legs can either blend in so that no one will notice they are artificial or they can become an artistic statement in their own right. You can embrace the fact, celebrate it, and have fun with it. In 1999, Mullins was invited to model on the runway for designer Alexander McQueen on hand-carved wooden legs complete with six-inch heels. Since then several other fine high- and low tech legs have beed added to her collection along with art collaborations with cat legs and glass legs.

The idea of this human and technology fusing into a piece of art is intriguing; and some like the Alternative Limb Project have come very far with this kind of thinking.

Acquired in April 2018 by a private collector in Galten, Denmark.