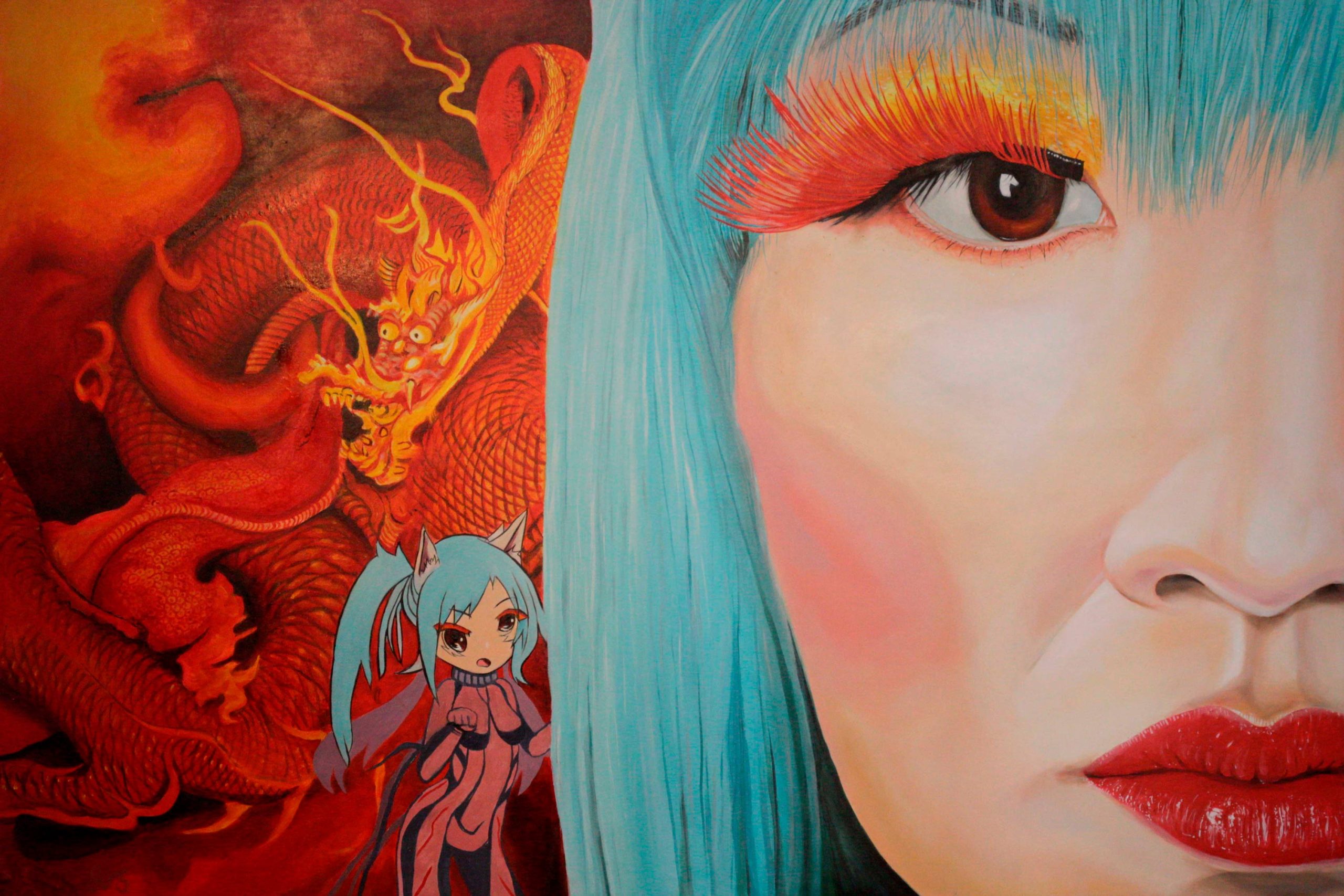 1h borrows from the visual Japanese genre of Manga. What might a person look like, who imitates the looks of a manga heroine? What does it do to everything from our concept of female beauty, feminine role models to trends in plastic surgery? Big eyes, little or no nose, etc.

We do not know, but the style has some strong plus points and as a form of art, it never ceases to amaze, and I felt compelled to introduce myself to it, in order to see if it should inform my own visual vocabulary. Manga are graphic novels  and animated cartoons consumed by all ages from all walks of life. Most of it conforms to a style developed in Japan in the late 19th century, and the form draws on visual references from earlier Japanese art e.g. prints from the Edo period (1603–1867). With stock characters of heroes and villains you come across magically surreal settings, fast action, martial arts, biker culture, romance to current affairs, Samurai virtues and organised crime. It is all there in graphical detail and splatter if you want it. The genre is gaining popularity in the West particularly in France and is a steady supply of inspiration to current Pop Art samplings. The bold stylised visual language is also actively stolen or liberated by our Graphic Design- and advertising sector across the world.

It comes in many narrative styles for all consumer segments in the market. As a social experiment, in 1990s the government relaxed Japanese laws as to what you could legally publish. It has resulted in more sexually explicit and violent storytelling mostly produced by male cartoonists to cater for the tastes of smaller but more addicted male audience. The societal impact of that experiment remains undocumented to this day.

My painting is a far safer exploration. It is in full colour though much of the authentic and native Manga is black and white ink work. In addition, it has a sister  inspired by Animé.

Here you can find more paintings in the series Misc.