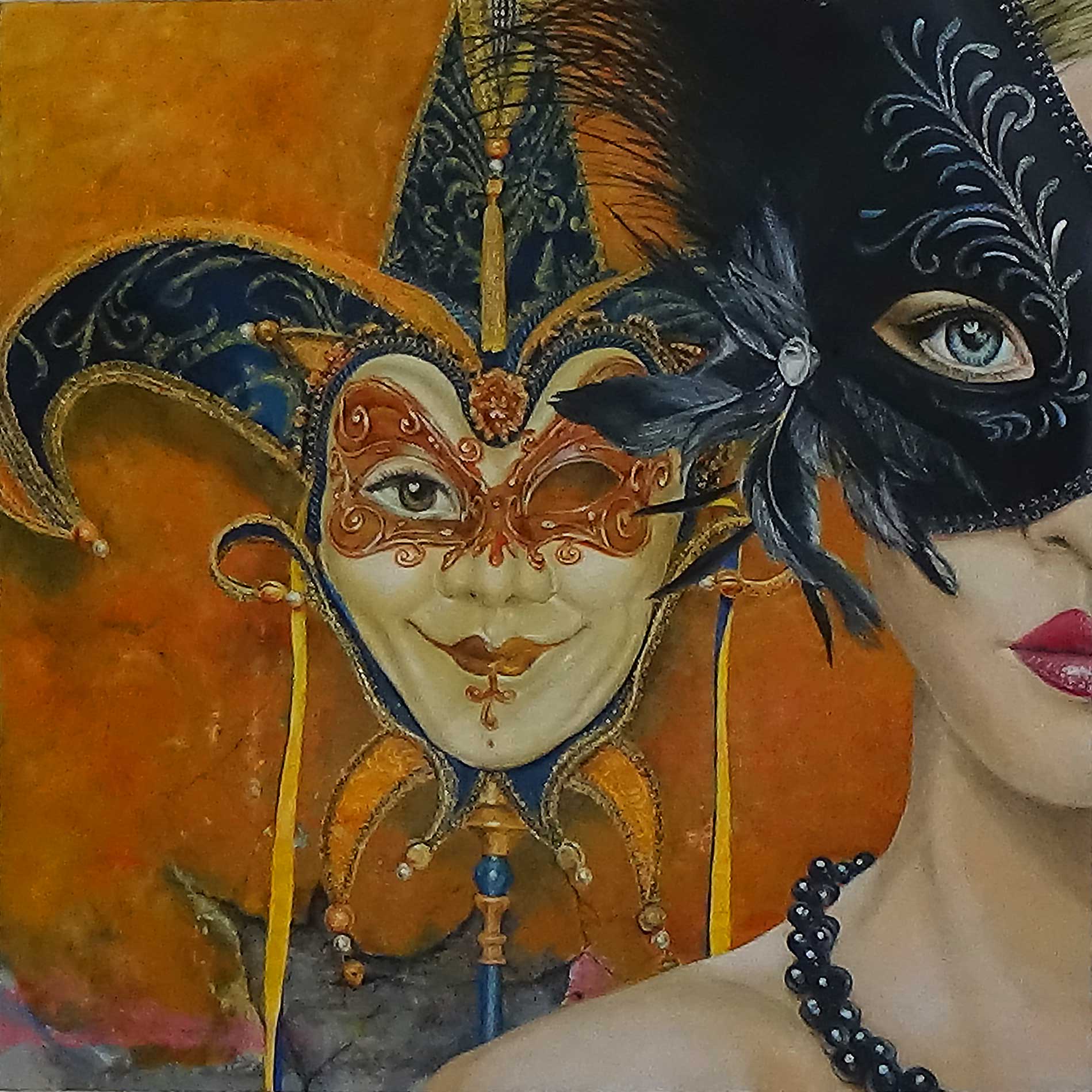 2A (Masquerade) is aimed at capturing the essence of a well known tradition as well as being an aesthetic experience with lots of details for everyone. The annual festival Carnevale di Venezia (Carnival of Venice) dates all the way back to 1162 when the Venetian Republic was an independent city state. But then in 1797 Francis II Austria happened to be a party pooper, and he outlawed the festival entirely. As a result, the use of masks became strictly forbidden. After the Venetians became part of the Italian Unification the festival was only held as private dynastic parties in Venice.

In 1979 the Carnival returned as a public festival. The Italian government decided to bring back the history and culture of Venice and sought to use the traditional Carnival as a way to promote tourism. The redevelopment of the masks began as the pursuit of some Venetian college students for the tourist trade.

The effort has paid off. Approximately 3 million visitors come to Venice every year for the Carnival. One of the most important events is a contest called “la maschera più bella” i.e. the most beautiful mask”. The competition is judged by a panel of international costume and fashion designers.

The tradition of the masquerade has some recurring themes such as variants of the Colombina like this half mask, which is from the Pantomime Commedia dell’arte, and Pantalone, and Arlecchino (Harlequin) from the same Pantomime. The Medico Della Peste (Plague Doctor) and Bauta are inspired from the various periods when Venice was in fact plagued, Larva the ghost is another more sinister one, and Zanni is a more lighthearted one borrowed from the stage, where the aim is to deliberately look ridiculous.

By the way, this painting is probably still in the possession of a confidence trickster and scammer.

Via Instagram, I was contacted by a a chap called Marco Antonio Patrizio. He presented himself as an Italian Gallerist interested in my work with the view of selling my art on commission to his associated art collectors. None of that sounded dubious given that most ‘artist-gallerist’ arrangements work like that. Besides, his Instagram profile and website looked reassuringly convincing. However, after 3 paintings were consigned to him, he neither returned voice messages nor answered emails, and after the agreed period of lending the paintings, the works were never returned.