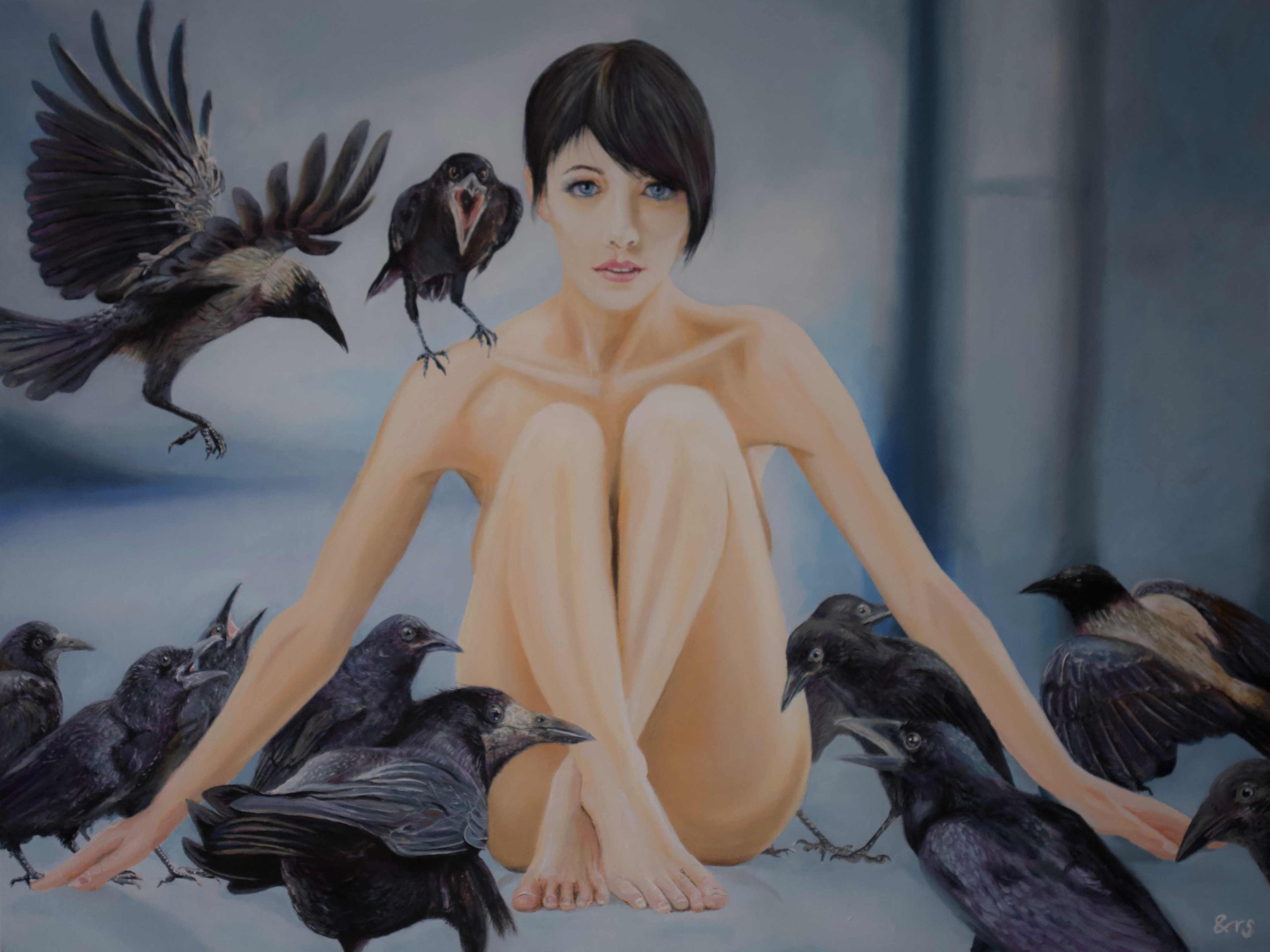 Morrígan, Mórrígan or Morrígu is a figure that appears in Irish mythology. The etymology of the name is “great queen” or “phantom queen”.

The Morrígan is mainly known in the context of war and human fate. She is the foretelling of everything from doom, death or victory in battle. In this role she appears as a crow (the badb). Hence the crows appearing in this painting.

She encourage warriors to battle and help bring about victory over their enemies. The Morrígan makes Irish warriors brave, and strikes fear into their enemies. She is also associated with the prosperity of the land and the fertility of live stock.

When we write ‘she’ it is, so that we are also talking about a trinity of three sisters or the shape-shifting triple goddess Morrígan, Badb and Macha. This sounds whacky until you realise the Irish have long tradition of cloning women. Think for instance here of the siblings of the pop band the Corrs that terrorised the pop charts all over the globe and sold 40 million records.