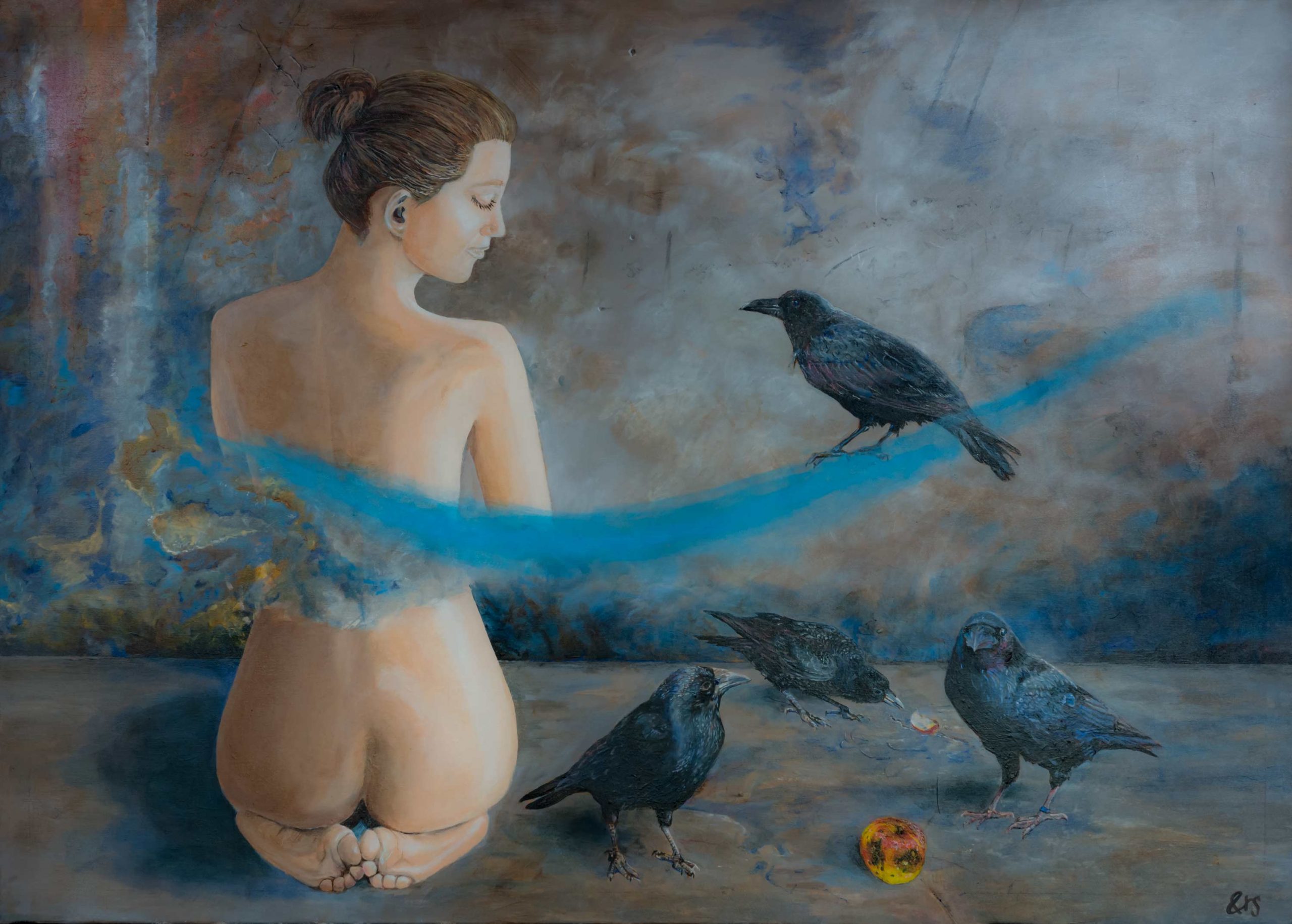 5A (mythologica) is not tied to a particular myth like a few of the paintings in the series are. Rather it uses some of the building blocks or ingredients used in many myths such as the presence of an anthropomorphic deity with apparent supernatural powers, being accompanied with animal(s) with symbolic meaning.

Both crows and ravens have appeared in a number of different mythologies for thousands of years. In many instances, the black-feathered birds are considered an omen of bad tidings. In others, they may represent a message from the Divine. Here are a couple of examples.

In Celtic mythology, for instance, the warrior goddess known as the Morrighan often appears in the form of a crow or raven or is seen accompanied by a group of them. Typically, these birds appear in groups, and they are seen as a sign that the Morrighan is watching—or possibly getting ready to pay someone a visit.

Another example is that a crow was a symbol associated with Apollo in his role as god of prophecy. Augury divination using birds was evidently popular amongst the Greeks and the Romans, and augurs interpreted messages based on not only the colour of a bird but the direction from which it flew.

In this painting we have a contemporary take on combining a shape shifting anthropomorphic deity and a group of crows.

Acquired by a collector in Grindsted, Denmark.