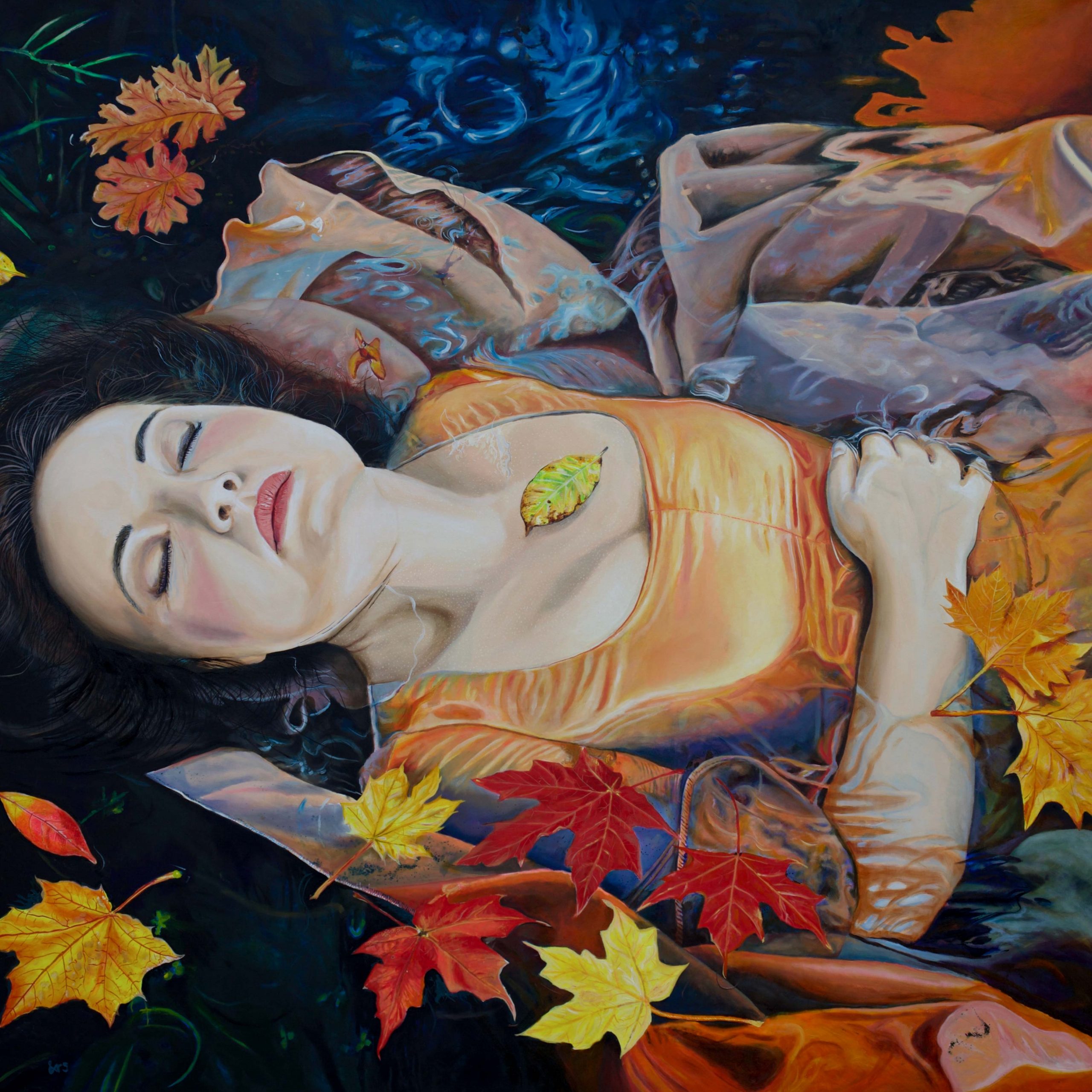 The working gallery title for this piece is “Ophelia”, and indeed the inspiration was that particular fictional character from Hamlet by William Shakespeare.

Ophelia is a young noblewoman of Denmark, and fiancée to Prince Hamlet, who, due to Hamlet’s actions, and her father’s death, becomes insane. That ultimately leads to her drowning.

The story has captured the imagination of many an artist ever since. The list is endless but think here: Dante Gabriel Rossetti, Effie Gray, William Holman Hunt, Elizabeth Siddal, John William Waterhouse, Edward Burne‑Jones, John Ruskin and John Everett Millais.

The big question is, why one more? Well, for the sheer hell of it. I did not think there was a contemporary version that quite matched the image in my mind. Most of the other paintings out there are in the summer, but after a bit of researching the plot, it could just as well have happening in the autumn, even if there were flowers on her grave.

Adaptations are frequent. One thing is that the more conventional rendition of Hamlet frequently appears on theatre stages and on film. But others clearly find room for further experimentation. Take for instance the movies ‘Ophelia Learns to Swim’ (2000) and ‘Dying Like Ophelia’ (2002).

Feel free to view more paintings from the series Misc.