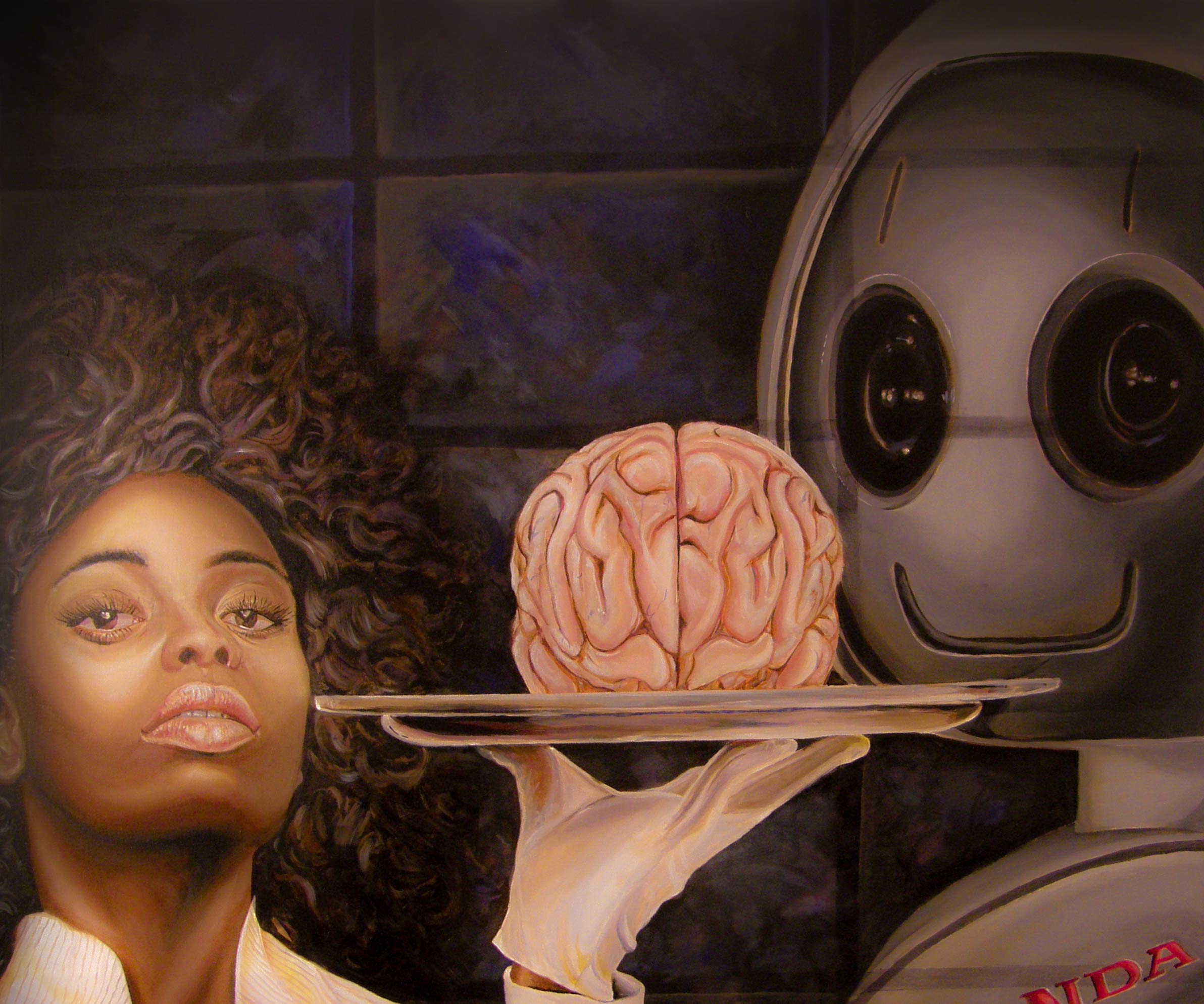 8c (Gallery title: Asimo’s aspiration) is a painting that had been an illusive idea for a long time. The inspiration for a painting of Asimo, came from old news coverage. After a 9.1-magnitude earthquake and following tsunami wave struck a Fukushima Daiichi nuclear plant on 11 March 2011, many thought the robot Asimo would be ideal for sorting things out. The radiation was too high for human staff to be allowed access to sector 4 and its leaking reactor. However, Asimo proved as useful in this quest as a chocolate teapot. Even simple things like working out door knobs proved cognitively challenging.

In this painting, you might notice a waitress in the foreground carrying a human brain on a tray. Asimo looks at the human brain. It is perhaps thinking “uh I’d like some of that. Not all of it; like the useless hormones, the impact bias, sentimentality and cringeworthy slow math computations. But yes please to pattern recognition, intuition and imagination. Not to mention dexterity and eye-to-hand coordination”

ASIMO (Advanced Step in Innovative Mobility) is/was a humanoid robot that was first on the drawing board in 1980 and launched by Honda in 2000. It is currently displayed in the Miraikan museum in Tokyo, Japan. On 8 July 2018, Honda posted the last update about Asimo online, saying that it would cease all development and production of Asimo robots in order to focus on more practical applications. To this end, they would be using the technology developed through the years Asimo was in production. In reality, the old Bot is just hypernating. In 2007, Honda demonstrated new intelligence technologies that enabled multiple ASIMO robots to work perfectly well together and since then it has been coupled up with the internet, where there is the potential of vast computational power. It means we will see Asimov again or an offspring.

Sold in October 2019 by Galleri Habsø A/S to a private collector in Kolding, Denmark.