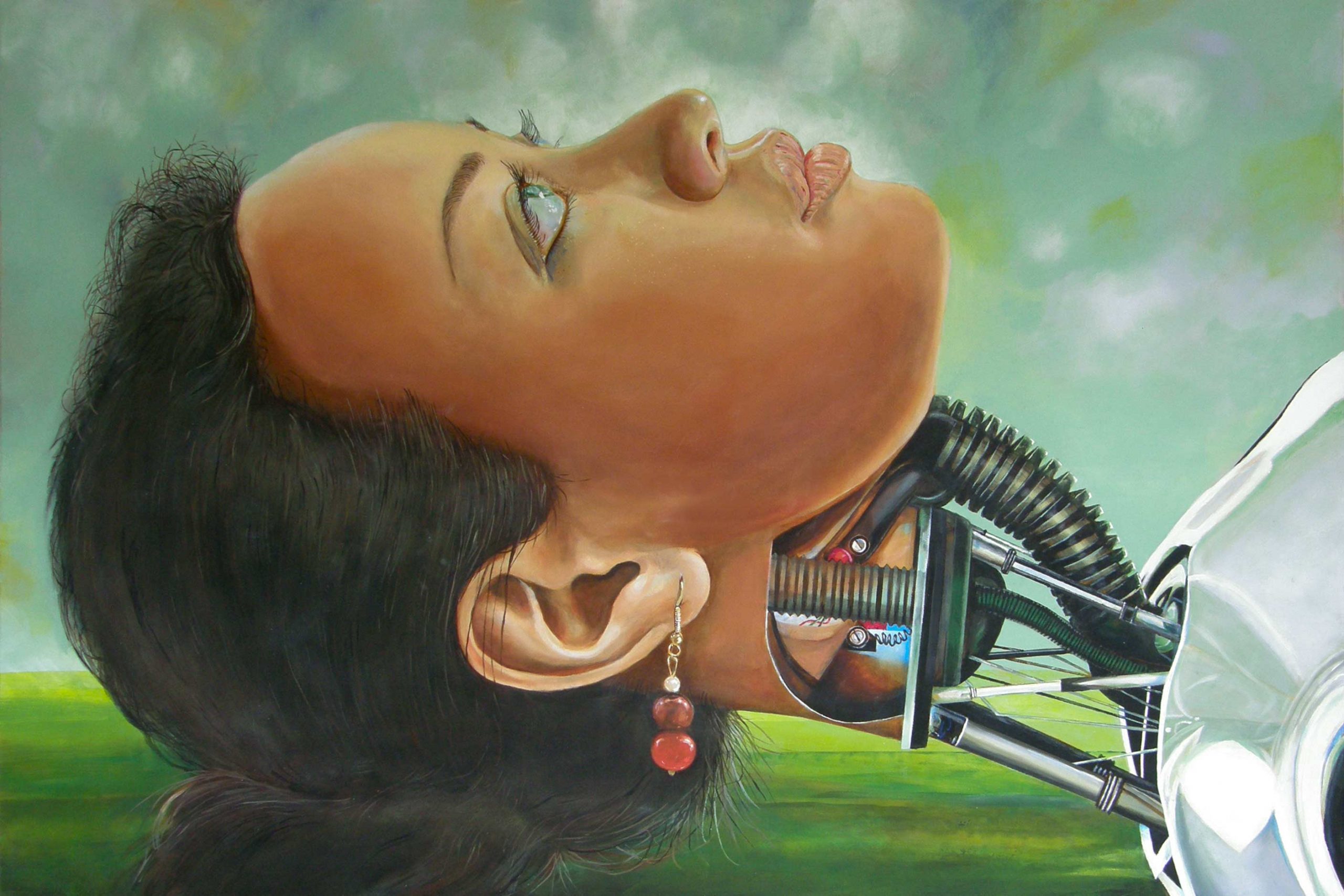 4c (Gynoid) is a painting that homes in a sight that could soon become familiar in homes and offices. Needless to say, it is a huge social experiment with great many advantages. Yet, no one knows what it does to our sense of identity and our interaction with one another. Will some stay clear of the bots or will they prefer them to human company? How would we luddites feel when they compete for jobs and win? We have no idea until the technology is widely accepted and matured to the extent it is a widespread phenomenon.

The acceptance of any new technology relies on experiences from previous technologies. The first automobile manufacturers initially made cars look like horse carts without horses. So there is a trend and a consensus amongst robotic firms to make the ones that we use for other jobs than welding cars look more like us. The idea of rejecting or harming something that both acts and looks that human is perhaps further away than our frustration and rage against the office printer. The cuteness factor certainly was a deliberate ploy when testing robotic pets in Japanese homes for the elderly.

If that is not the ambition, then it is perhaps more Gepetto’s aspiration to make Pinocchio as human as possible and just for the sheer hell of it. How long this biomimicry will be a trend is anyone’s guess. Fact is, Cars do not look like horse carts anymore.

But now that we are in a transitionary phase from combustion engine to electric vehicle, we see the pattern repeated. The front of an electric car can still look like there is radiator for cooling an engine, though none is necessary.

With the goal of making humanoid robotics, gender suddenly comes into play, because human attributes or whole approaches to work are gender specific. A gynoid is anything that resembles or pertains to the female human form. Of course, the term android has been used to refer to robotic humanoids regardless of apparent gender. However, that is semantically wrong because the Greek prefix “andr-” refers to man in the masculine sense. In response to that, term gynoid was coined by Isaac Asimov in a 1979 editorial, as a theoretical female equivalent of the word android.