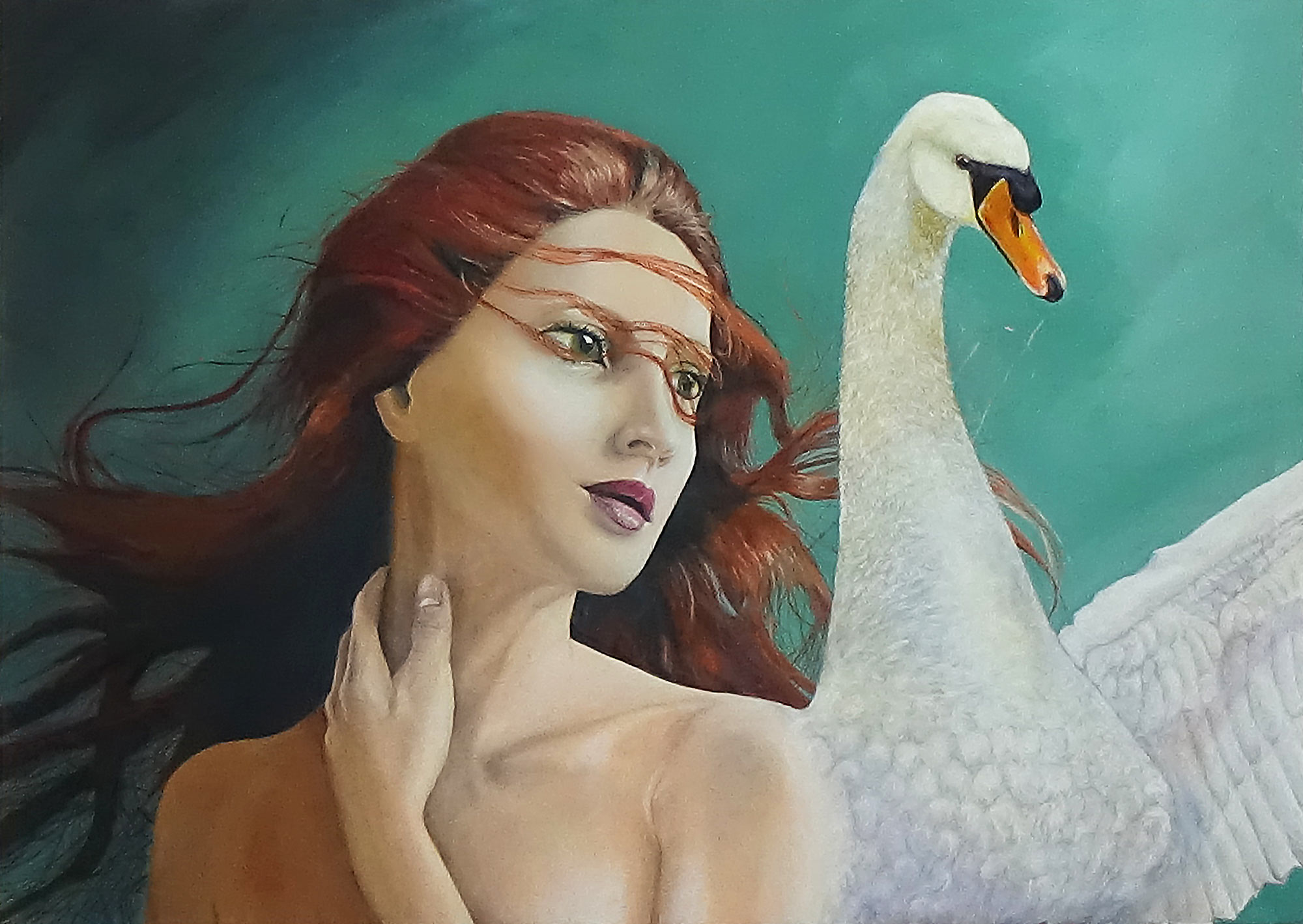 1A is my painting of leda and the swan. According to Greek mythology, Leda was as an Aetolian princess who became queen when she married king Tyndareus of Sparta. She was mother to three daughters, one of whom was Helen of Troy. Her myth gave rise to the popular motif in Renaissance (e.g. by Corregio, Raphael, Rubens, and da Vinci) and later art of Leda and the Swan by many other artists.

Now a recurring theme in Greek mythology: the adulterous Zeus. Leda was admired by Zeus, who seduced her in the guise of a swan. As a swan, Zeus fell into her arms for protection from a pursuing eagle. The swan allegedly took advantage of Leda, on the same night as Leda lay with her husband Tyndareus, resulted in two eggs from which hatched the beautiful “Helen of Troy”.

Acquired in January 2017 by a private collector.