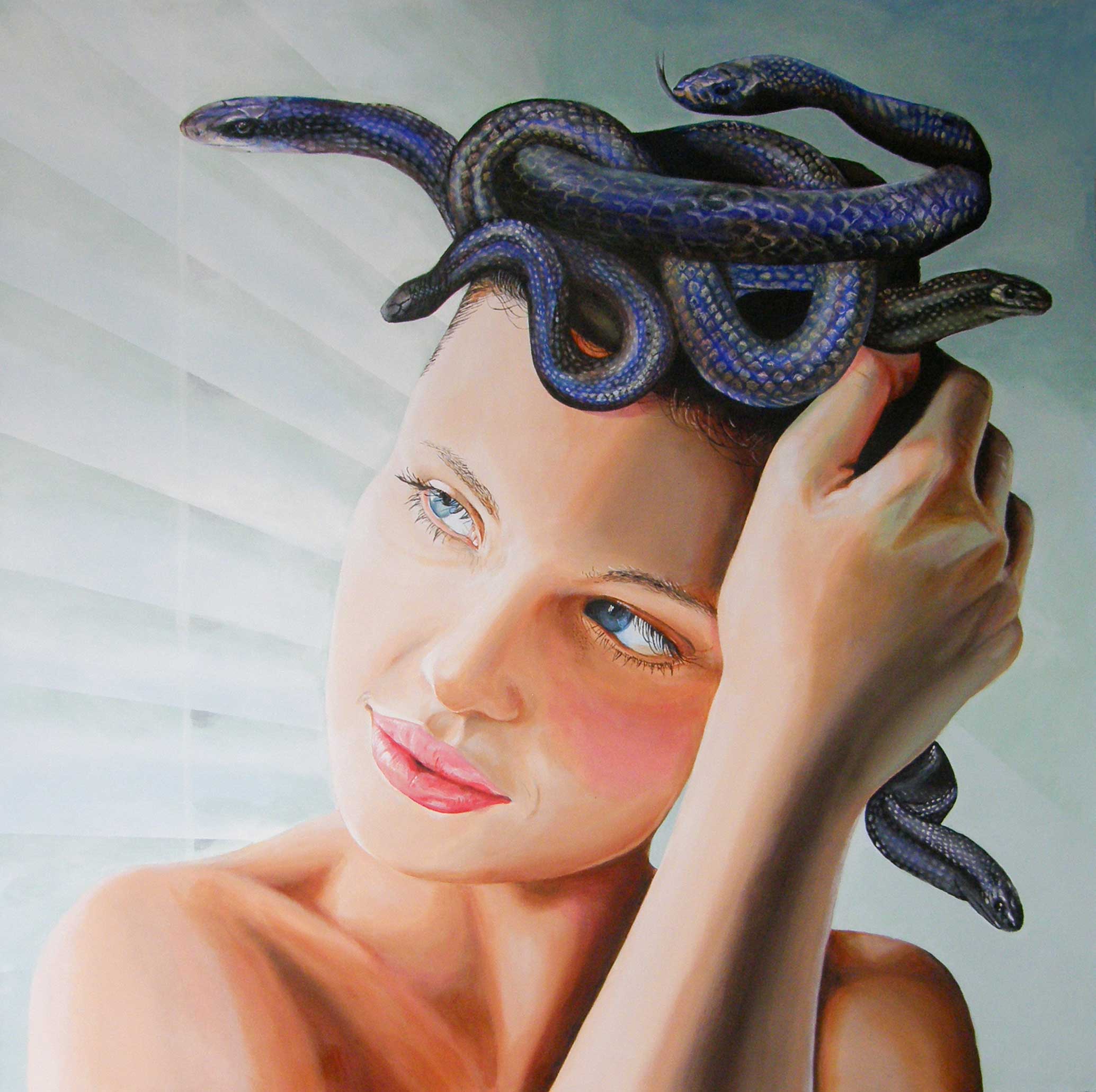 9b is a Painting of Medusa. For the uninitiated, someone is having a bad hair day like your receptionist Sally. Only this girl has venemous snakes sprouting out from her head. Had there been any eye contact between you and her, you would already have transformed into a monolithic stone sculpture. I am sure someone out there has a mother in law with that particular disapproving gaze.

As Daughter of Phorcys and Ceto, Medusa is a stock character in Greek mythology. She is described as a winged human female with living venomous snakes in place of hair. Those who gazed into her eyes would turn to stone.

In this painting, however, it was important to show the more vulnerable and feminine side of Medusa. After all she was not born a monster, like the two other monstrous Gorgons in the trio. She was originally a beautiful maiden, but she had a quickie with Poseidon in an Athens temple. Now, you are not supposed to shag in a holy temple, so Athena punished Medusa by turning her into a monster and transforming her beautiful hair into horrible snakes.