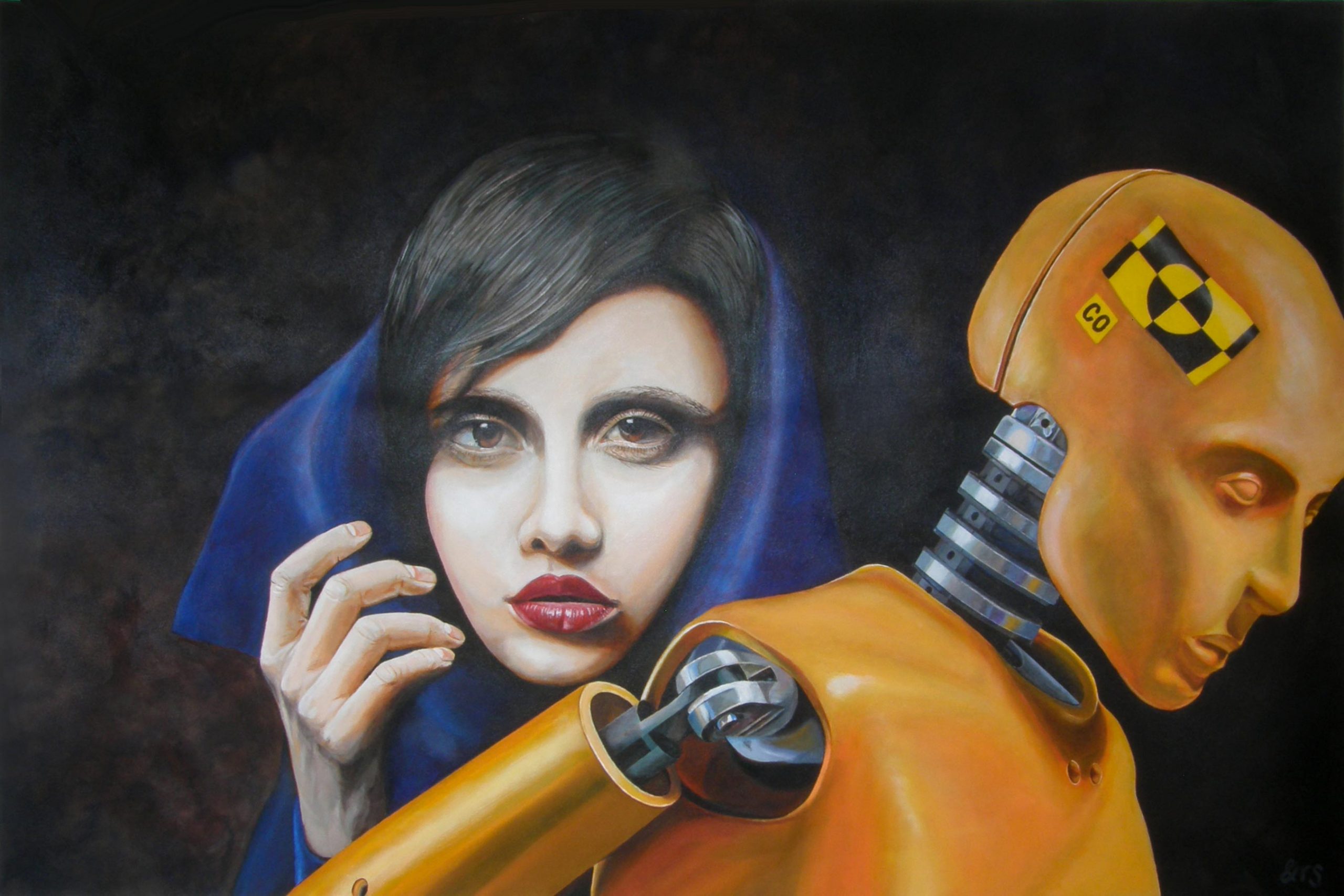 0D (Crash) is a contemporary painting using memento mori of today. Memento mori is an artistic or symbolic reminder of the inevitability of death that has been part and parcel of art since antiquity and enjoyed popularity in the Renaissance and later in the Dutch Golden Age genre paintings of still life.

For the series of work I call ‘augmented’ I felt it would make sense symbolise this simpler and in a more contemporary way. Note who is shielded behind who in this composition. It might raise one or more questions. One is whether the caped woman is a ghost or some anthropomorphic symbol of death? Alternatively is she someone who is actually being protected? It is deliberately left open ended.

The contemporary crash dummy is advanced technology that help humanity. Its purpose is to saves lives by informing the design of vehicles, helicopters and aeroplanes. It has sensors which would tell us if an impact would kill or seriously injure us.

Every test dummy undergoes calibration prior to a crash test. The head is removed and then dropped from 40 centimetres to calibrate the head instrumentation. Then the head and neck are reattached, set in motion, and stopped abruptly to check for proper neck flexure. Hybrids wear chamois leather skin; the knees are struck with a metal probe to check for proper puncture. Finally, the head and neck are attached to the body, which is attached to a test platform and struck in the chest with a heavy pendulum to ensure that the ribs bend and flex as they should.

When the dummy is ready for crash testing, calibration marks are fastened to the side of the head. The marks help researchers when slow-motion films are reviewed later. The dummy is then placed inside the test vehicle, set to seating position and then marked on the head and knees. Up to fifty-eight data channels located in all parts of the dummy, from the head to the ankle, record between 30,000 and 35,000 data items in a 100–150 millisecond crash. Data is recorded in a temporary data repository in the chest and is then downloaded to a computer after the crash test. A fully instrumented dummy is worth about €150,000