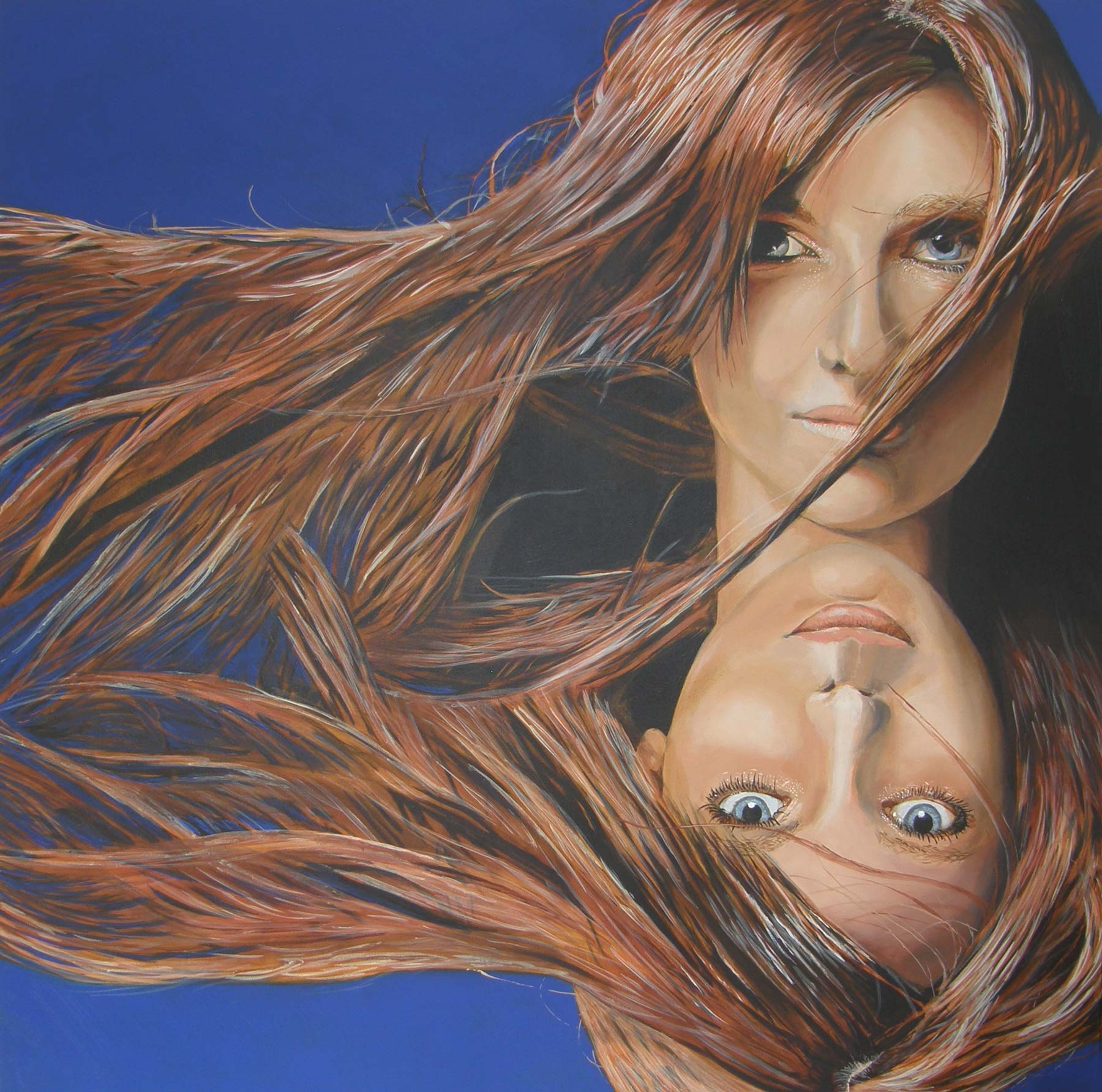 3B (My shadow and I) is a painting about the shadow self. A fundamental and recurring theme in all mythologies is duality and opposing traits. Psychological dispositions from the unconscious make for irrational as well as rational decisions in those narratives. It all keeps showing up repeatedly in cultures independent from each other. It does so in a way that can only be explained by it being hard-wired into our operating system and software.

In psychology it manifests itself in a number of ways. There is the notion of one’s shadow self. I.e. your inner darkness that you can reveal and make friends with. It is either an unconscious aspect of the personality that the conscious ego does not identify in itself, or the entirety of the unconscious, i.e., everything of which a person is not fully conscious. In short, the shadow is your unknown side.

The shadow may appear in dreams and visions in various forms and typically appears as a person of the same sex as that of the dreamer. In this painting about the shadow self, I’ve made the shadow the twin sister, that the woman never had.