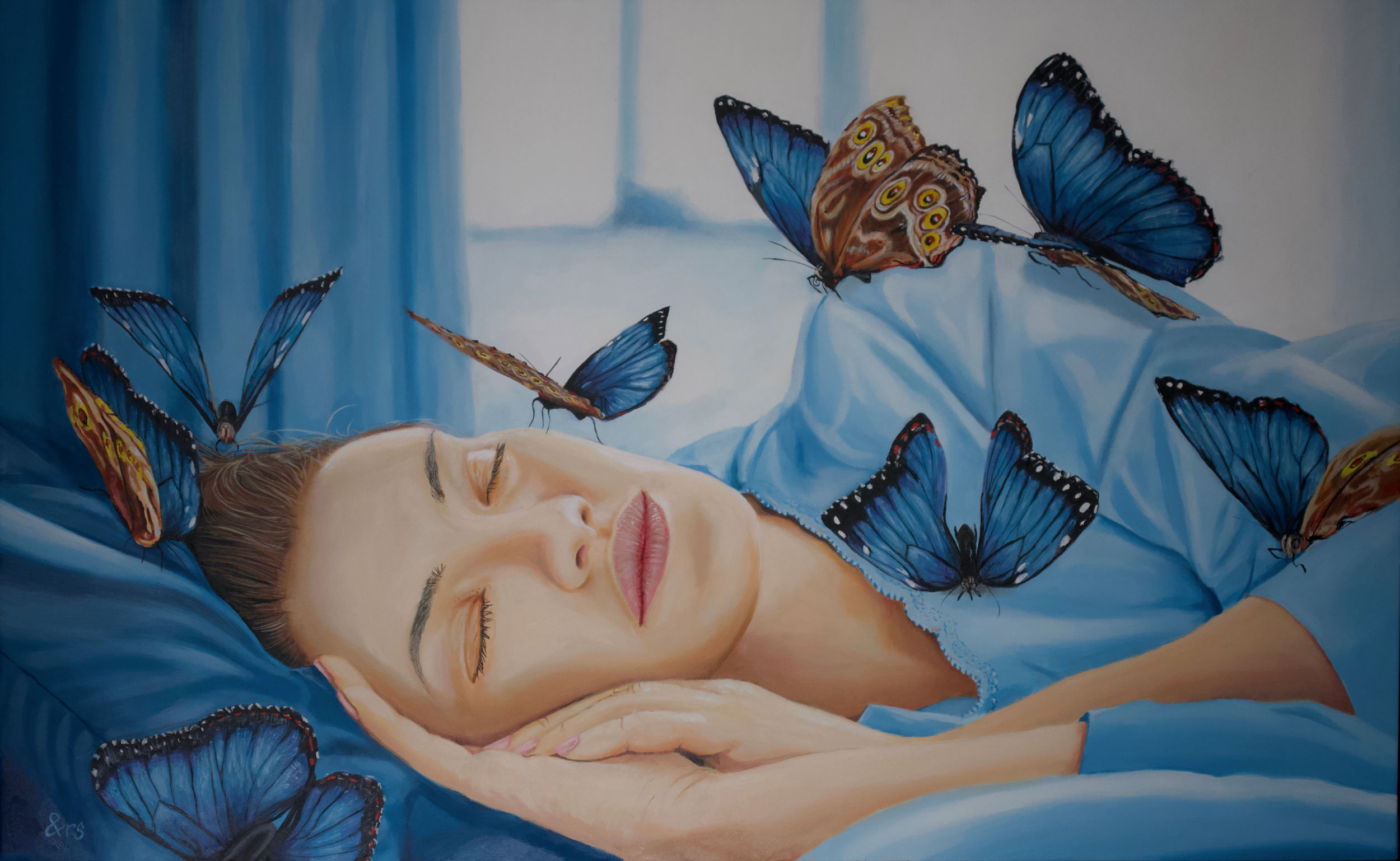 0I (Psyche) is a painting of the sleeping Psyche in a blue bedroom. In classical mythology her name means ‘soul’. She was a princess of incredible beauty who aroused Venus’ jealousy and Cupid’s love. Venus commanded her son Cupid (who by the way is the god of love) to make Psyche fall in love with the ugliest and most despicable man. When cupid found Psyche he fell in love with Psyche and decided not to carry out his father’s job and instead he placed Psyche in a remote palace. It all goes pear-shaped for a while. Eventually Jupiter makes her immortal and permits Cupid to marry her.

That is the Roman version which has liberated many of their mythological characters from the Greeks. Cupid is called Eros in Greek and there are variants to this story such as Eros being sent to put a spell on Psyche by sprinkling some love potion on while she was sleeping and so on and so forth. In Greek, Zeus it the chap that grants the marriage plus immortality.

I have one small reservation to make about the subject matter. This is by no means the first proper art of the sleeping Psyche out there. They are paintings and sculptures produced by contemporary as well as past artists such as Bouguereau, Burne-Jones, Lagrenée, Rubens, Tenerani and Thorvaldsen. What the artistic output has in common is that it has little in common. All the various works of art vary wildly.