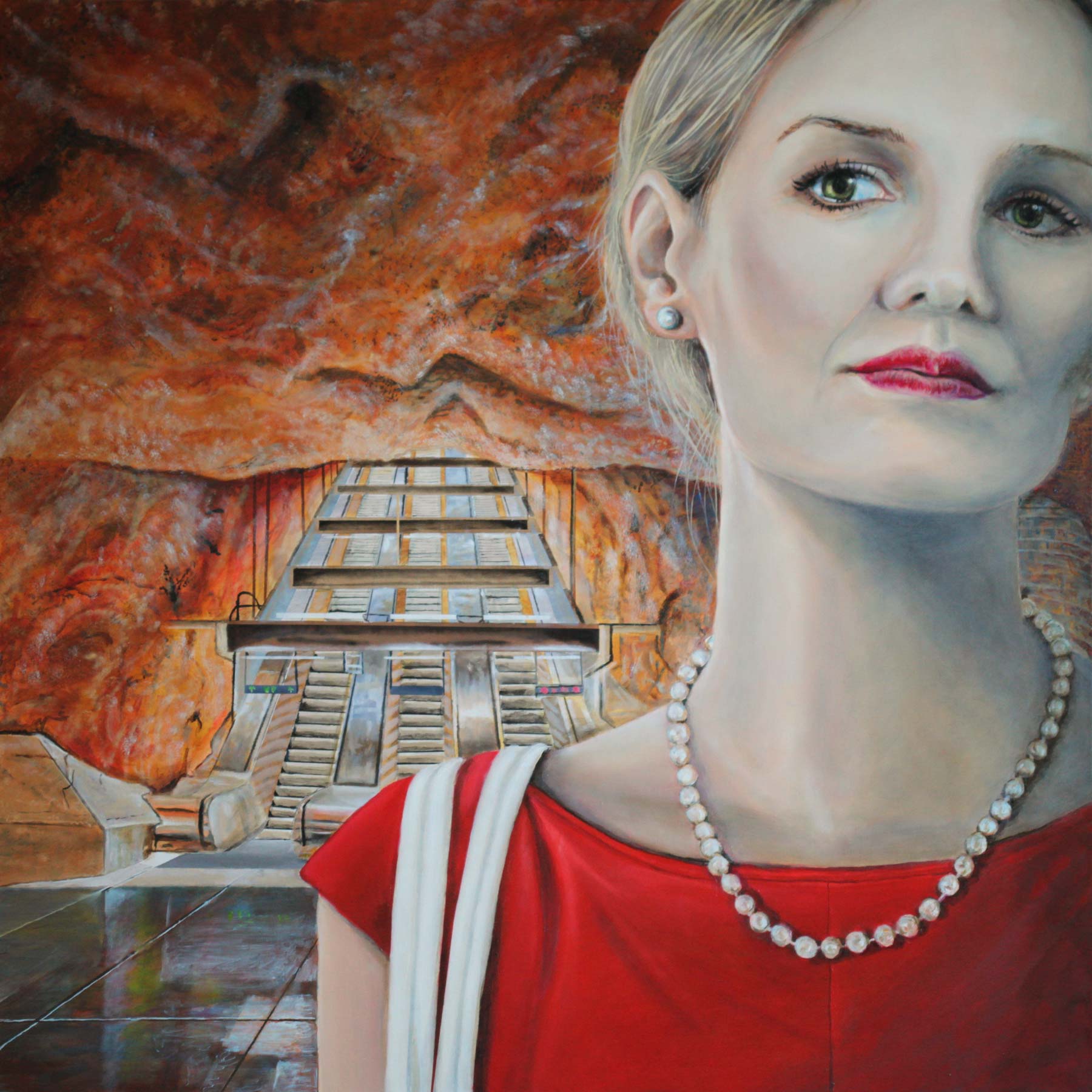 3F  is a Painting of A Stranger in Stockholm. It attempts to capture Scandinavian everyday life. In public places and larger cities, people value their anonymity and their peace and quiet. It is a paradox we must term a cultural phenomenon in the light of how scarcely populated Scandinavia is. Even in the capital cities of Copenhagen, Stockholm and Oslo are not that crowded in comparison to so many other places where people are more chatty. But here strangers rarely strike up small talk conversations in public transport systems, and prefer to stay in their own private sphere or bubble whilst going to and fro work. The look on this woman is meant to say that in a polite and reserved way. She is wearing formal wear for work at the office.

The setting here is at the Rådhuset Stockholm metro station right after somewhat endless escalators. As a little red herring, the Stockholm metro system has been called ‘the world’s longest art gallery’. More than 90 of the network’s 100 stations are decorated with sculptures, rock formations, mosaics, paintings, installations, engravings and reliefs by over 150 different artists.

Rådhuset is perhaps not the most colourful and spectacular. But its vastness and ‘less busy’ colour scheme proved a great backdrop to the woman. Edward Hopper was a master of casting people in isolation to the spaces round them. While there is no direct comparison between Hopper’s art and mine, at least I recognise Edward Hopper’s mastery in achieving this sense of alienation.