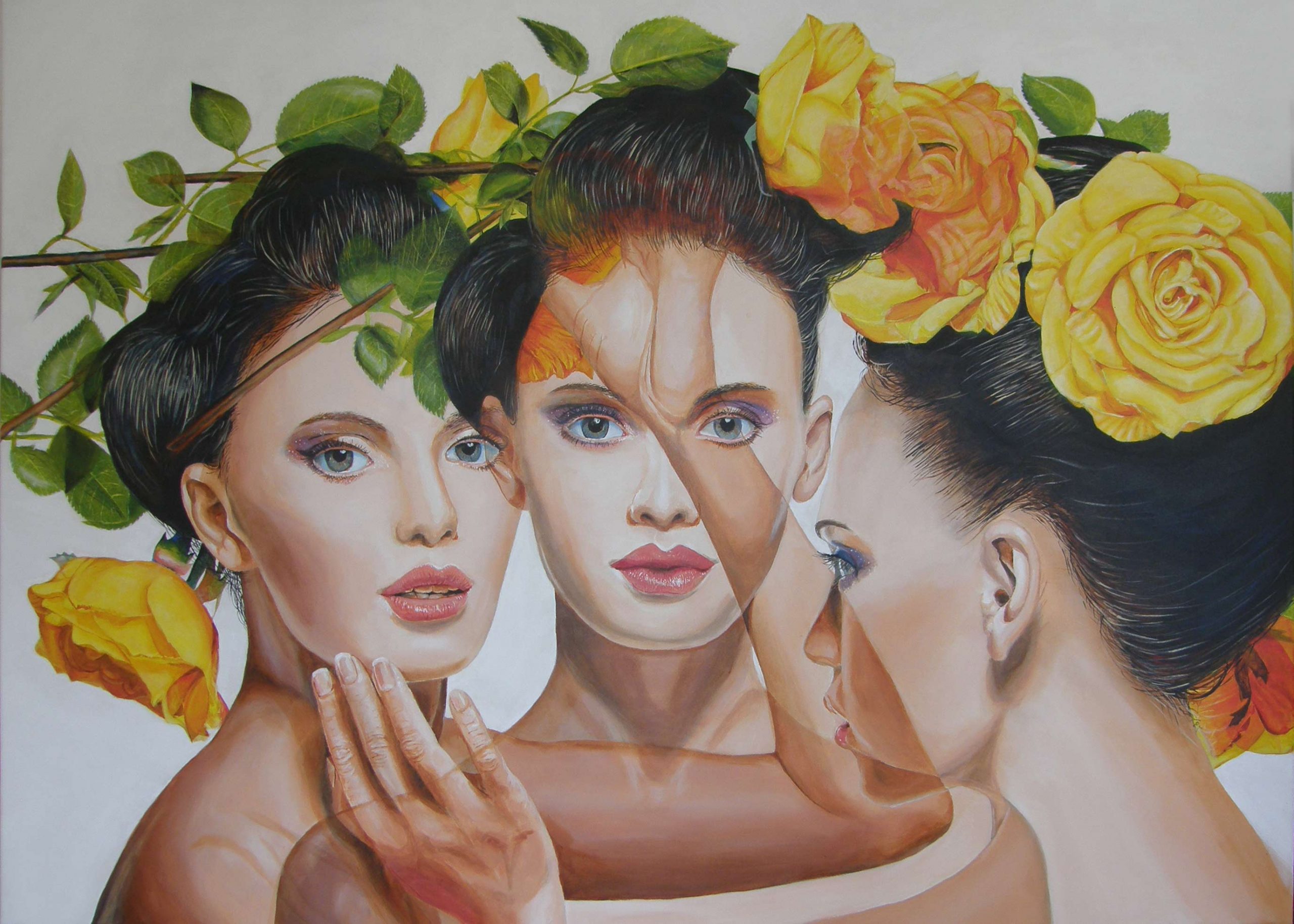 The painting 6B (The Three Graces) is set in our present age. The Graces were daughters of Zeus and Hera. They were the goddesses of play, happiness, relaxation, charm, beauty, nature, creativity, fertility. Look at that for a job description, it is a tall order for three old birds.

In painting and sculpture, they are often depicted naked or almost naked. A famous example is The Three Graces, by Antonio Canova in the Hermitage Museum. However, in ancient Greece, the Graces were typically depicted as fully clothed.

In this painting of The Three Graces, we have superimposed semi transparent renditions of the three deities. In their hair, they are wearing yellow roses with their thorns removed. Normally, roses are a symbol of friendship and caring, which is fitting, though here they also add welcome high-chroma vibrancy to the composition.

The Graces (also known as the Charities) were the perfect extras and stand ins in much Green mythology. It had much to do with their positive energy. So they appeared and reappeared as transitions in the narrative. For instance, their role was to attend the other Olympians during feasts and dances. They also attended Aphrodite by bathing and anointing her in Paphos. In addition, they presented Pandora with necklaces to make her more attractive. They danced in celebration at the birth of Apollo with Aphrodite, Hebe, and Harmonia.

The painting was acquired in May 2017 by a company in Brørup, Denmark.

While the painting is sold, you may be able to obtain a signed limited editon print: