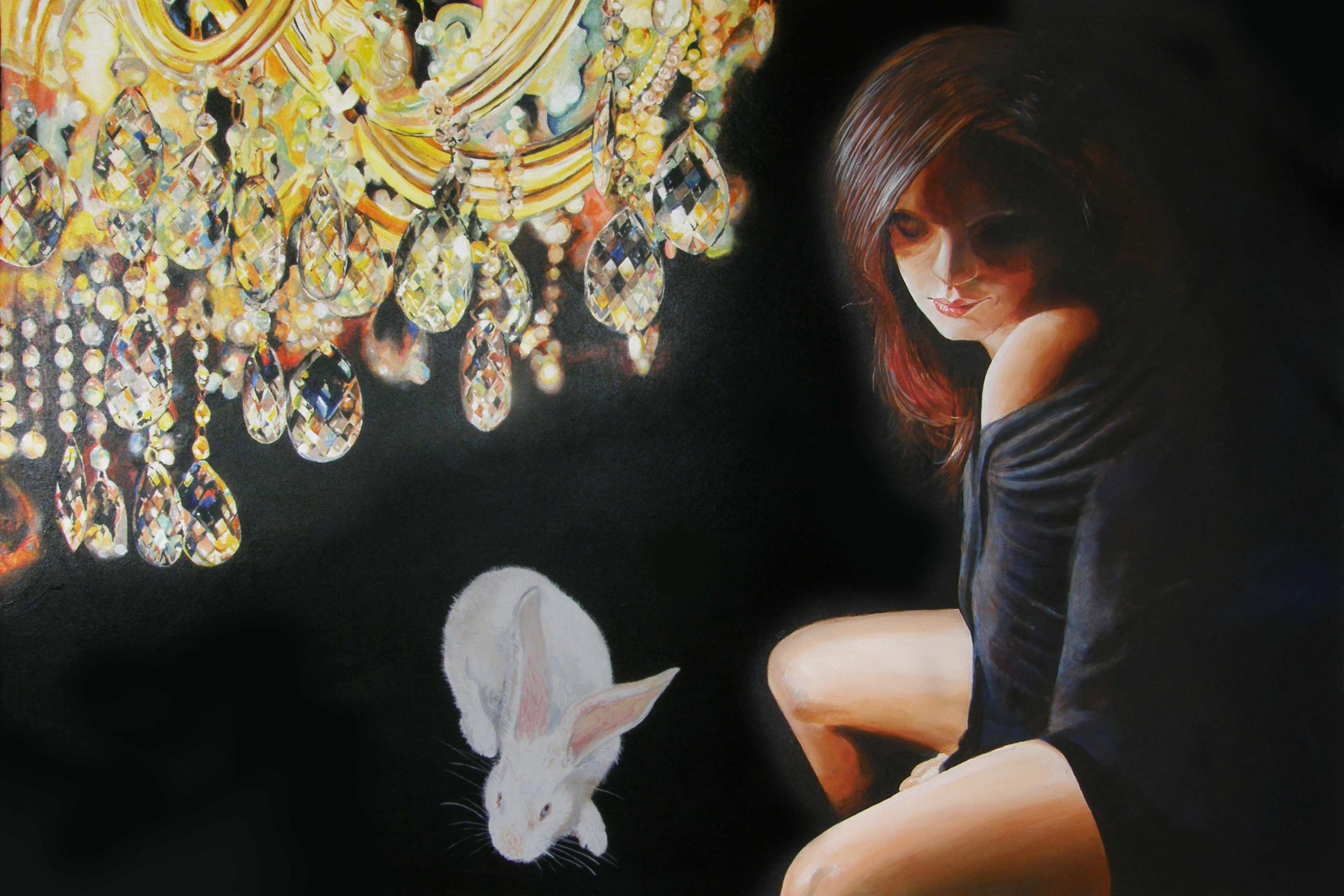 5B (Fertile Imagination) is a painting using chiaroscuro/clair obscur to set a straight-forward scene. In this simple composition you see a woman a rabbit and a chandelier. It is a contemporary setting that isolates the three elements with dark space.

In Classical Antiquity, Herodotus, Aristotle and Pliny described the rabbit as one of the most fertile of animals. It was then a known symbol of vitality, sexual desire and fertility. The Greek Aphrodite (Venus in Roman mythology) gave rabbits as a gifts to lovers. Apparently to help prevent infertility and childlessness.

The rabbit as well as the hare have been associated with moon deities in Greece and also signify rebirth or resurrection. Hence the oft-confusing connection between Christian Easter and Easter rabbits. But in classical antiquity they were first and foremost symbols of fertility.

The ornate chandelier carries no symbolic significance in this painting. But it is not unimportant because it very quickly tells us that this is inside/interior. Also, it conveniently adds the only light source in this composition. You might notice the arrays of hanging crystal prisms which illuminate with refracted light. Their main purpose is to add a sense of chiaroscuro or tenebrism to the upper part of the woman and to light up the rabbit. Secondarily, The chandelier helps accentuate the perspective.

As a painting using chiaroscuro, it could not be any simpler. It uses light to draw attention to the subject matter. Darkness envelope the subject and manipulate your sense of space whilst it cuts out distractions.

Detail of the exterior of an Attic red-figure kylix, ca. 480 BC.