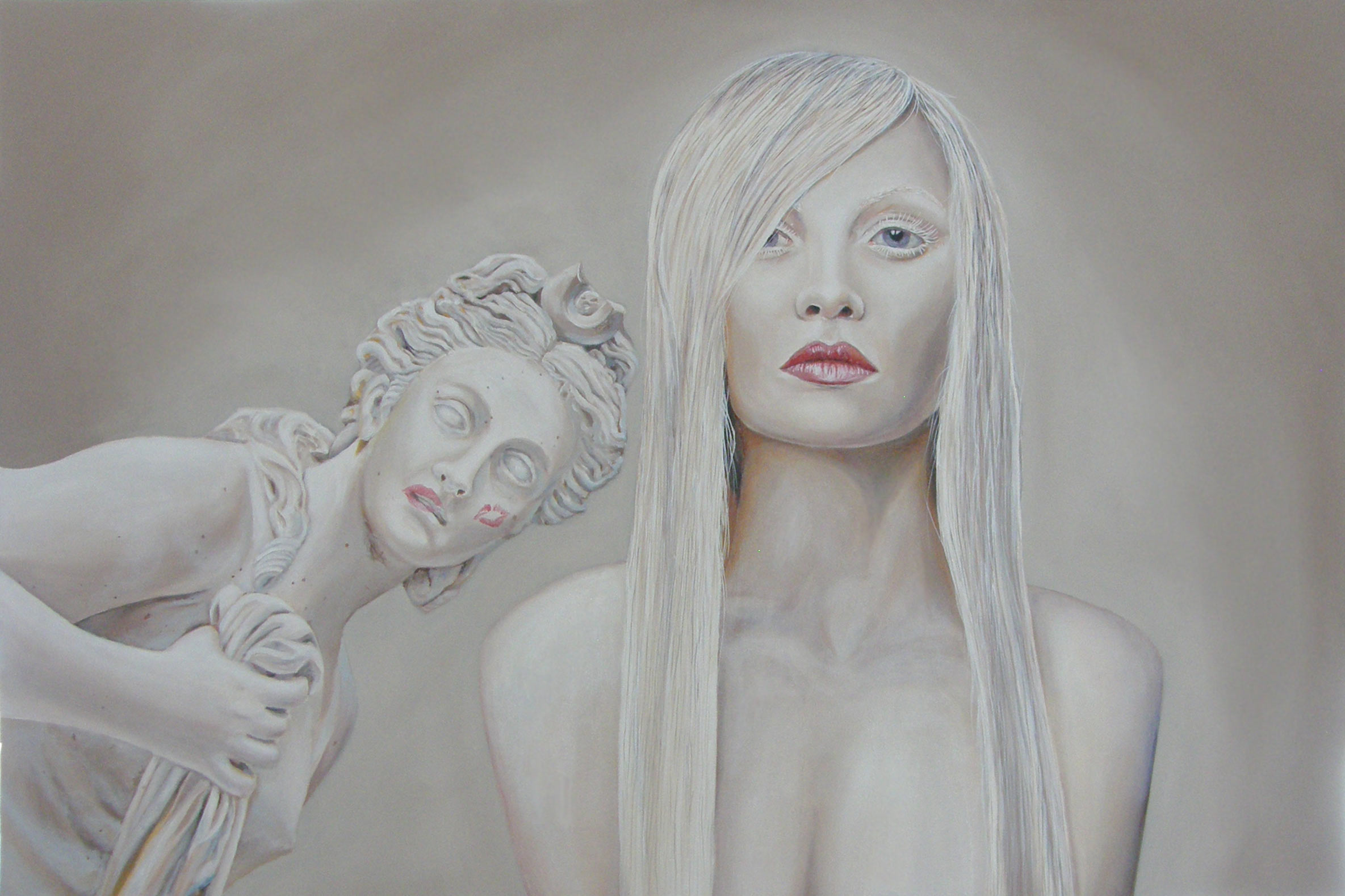 5D is a painting of Venus & Venus. In this composition we have a young Venus as an albino and behind her you might notice a white roman marble sculpture of the Roman goddess Venus (Aphrodite in Greek Mythology).

Both Venuses have no pigmentation.

There is something out-of-this-world rare and beautiful about albinos. For that reason, a few of them make it on to the catwalk as models for luxury fashion brands. The lack of pigmentation, is evident in flesh tones, in hair, nails and eye irises. Women with this genetic make up, do wear make up to address the issue, and they grow particularly fond of lipstick for the obvious reason that their lips, then no longer appear somewhat lifeless or hypothermic. The condition of albinism have some advantages but also the draw back of having to protect eyes and skin outdoors at all times.

The myth of the white marble statues started during the Renaissance, when we first began unearthing ancient statues. Most of them had lost their original paint after centuries of exposure to the elements. Soon contemporary artists imitated their appearance by leaving their stone unpainted. This has been the ideal up until recently, when we rediscovered traces of pigments on the sculptures that proved they were once painted in full colour in Greco-Roman antiquity.

The juxtaposition of Venus and Venus proved too hard to resist, and I had to paint them and create some dynamics between the two. It became the lipstick on the girl’s lips and the hard-to-hide lipstick marks on the sculpture. It was not only good fun producing the painting of Venus & Venus, it was also unknown territory for me personally. You see nothing artists learn about painting flesh and hair can be applied directly to this. When skin contains no melanin, it not only appears even more semi-transparent than usual, it also has almost iridescent qualities. The all white in white in the composition constantly calls for adjustment of values. Which does not make it difficult to paint, only a job with oodles of revisions to make it balance

You can view more paintings in the chroma series here.