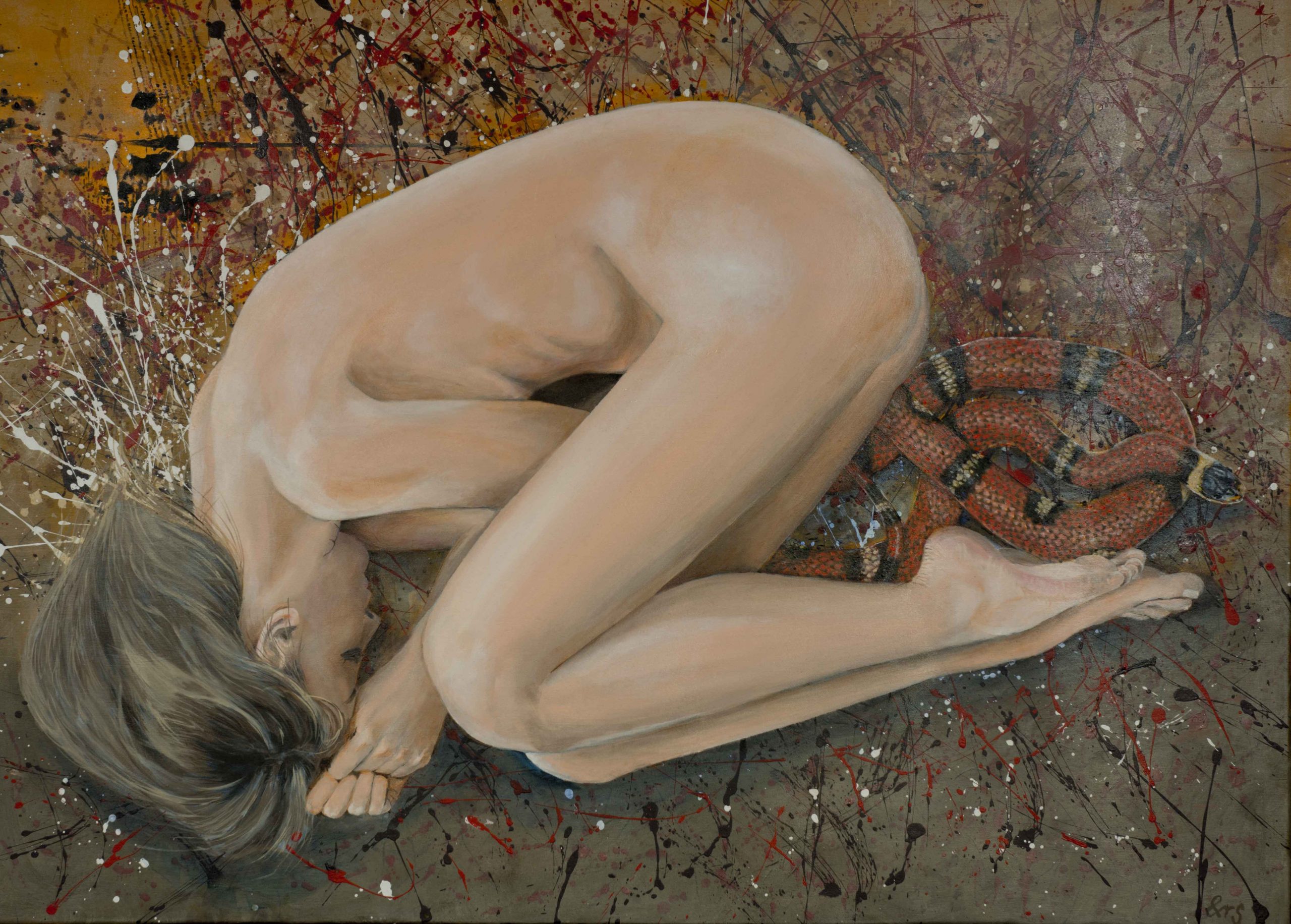 6A (Paradise lost) is a contemporary take on the story of Eve, Adam and the Serpent. The old story is a colourful drama of unintended consequences and plays into our hopes and fears. As part of dualistic cosmology, it illustrates the moral or spiritual belief that two fundamental concepts exist: Good and Evil and that the two often oppose each other. It partly explains why the story has captured the imagination of great many artists in the past, and continues to inspire.

In the Hebrew book of Genesis, Adam and Eve can eat freely from all trees except a tree of the knowledge of good and evil. But one day Satan arranges a one-person fancy dress party. He disguises himself as a serpent con artist and deceives Eve to eat the forbidden fruit. Eva, in turn, asks Adam to taste the fruit as well, and then the innocence is lost. Knowledge always comes with obligations as well as self awareness, and in this case there is the sense of shame of being evicted from the Garden of Eden. But the moral of the story is not to place blame or remark on some bizarre gender politics. No the moral is to explain that with the acquired wisdom, we must now all have a moral compass and do good and avoid being evil.

That is a transcendental message that is not tied to organised religion. I think we can all subscribe to that idea.