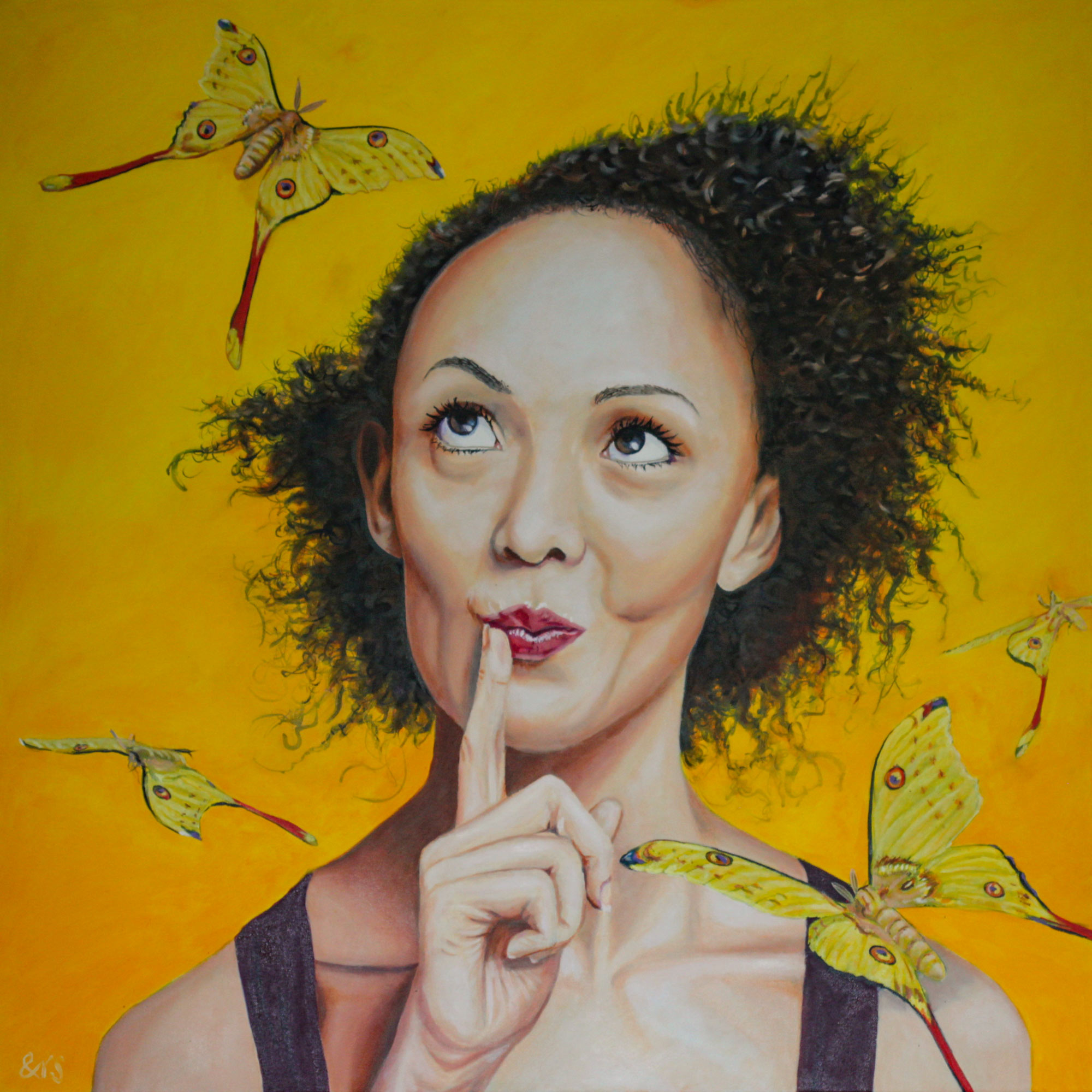 8H is intended to show a woman in a pensive and somewhat playful moment. At the time this painting was produced, the gallery insisted on a title, and it was subsequently named ‘Pensativa’. The word has been used in many different contexts such as bossa nova jazz standard, or a middle name to several ‘Marias’ in the catholic countries. But I have borrowed the meaning from the Latin transitive verb pēnsāre, present active infinitive of pēnsō (“weigh carefully”).

The painting has been kept vibrant and warm. The fluttering and flying bits round Pensativa are not butterflies, but the very large moths of the genus Argema Mittrei also known as the comet- or Madagascan moon. It is native to the rain forests of Madagascar. Relatedly, I often use butterflies (here moths) to convey everything from Vanitas, to feelings to the more general idea of the ephemeral.  Here it is the latter, i.e. the fleeting moment when you have a genuine and transformative thought. According to neuroscientists, we all think 60K of conscious but mostly subconscious thoughts a day. We can all have a warm and fussy feeling about that fact, until it is explained that 90% of todays thoughts are the same as the ones we thought yesterday it is trivial stuff run on autopilot habits, assumptions and instinct. Same old shit — just another day (SAMO). We should happily celebrate the 10% of Eurika moments. These are done by system 2 thinking according to Daniel Kahneman,  an Israeli psychologist and economist notable for his contribution to the psychology of judgment and decision-making, as well as behavioral economics, for which he was awarded the 2002 Nobel Memorial Prize.

You can find more paintings in the series Chroma here

The painting was sold by Galleri Habsø A/S in 2020. However, you might be able to obtain limited edition of the work at the same gallery.