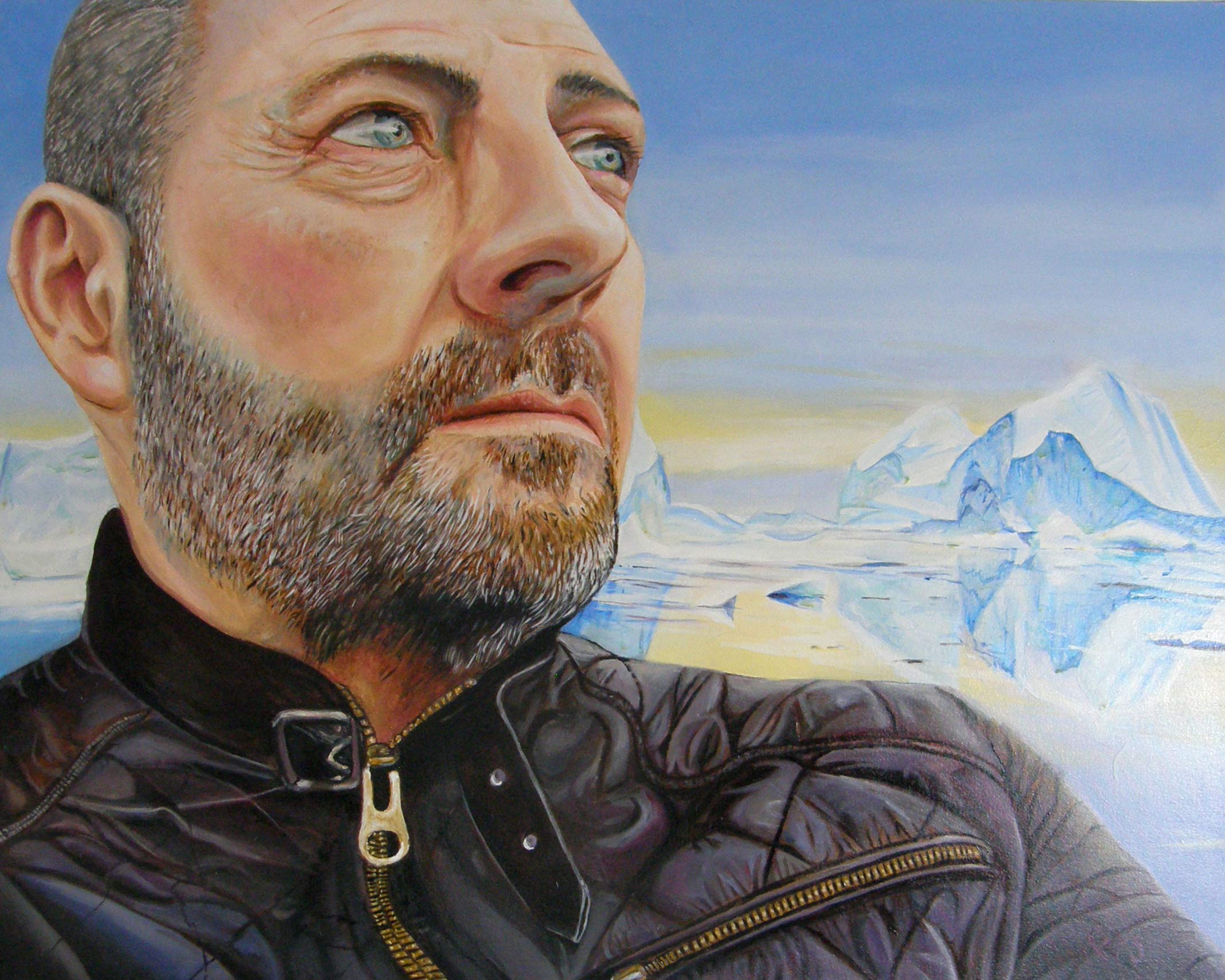 6D is a portrait of Mads Peder Nordbo. This  particular work began life as a colour sketch, while I was working on another portrait of Mads Peder Nordbo. It soon turned into a painting, that was painted in parallel to the other- It was a back-up plan if the official portrait did not work out according to plan. As it turned out, both went alright (said in all modesty) and Mads was  pleased with both portraits.

This work has been made entirely from looking at photo reference and recall of his features and proportions. The tightly cropped close up of Mads is composited with a background. The view is loosely based on the icy sea by Nuuk, Greenland. Mads lived and worked in Greenland while he was working on a series of crime fiction novels that used locations on Greenland as settings for crimes. His books have been translated and published in many countries.

To help describe his work, he has coined the term ‘arctic noir’ to give his genre some kinship to Nordic- or Scandi Noir that has become increasingly popular in book stores, cinema and television.