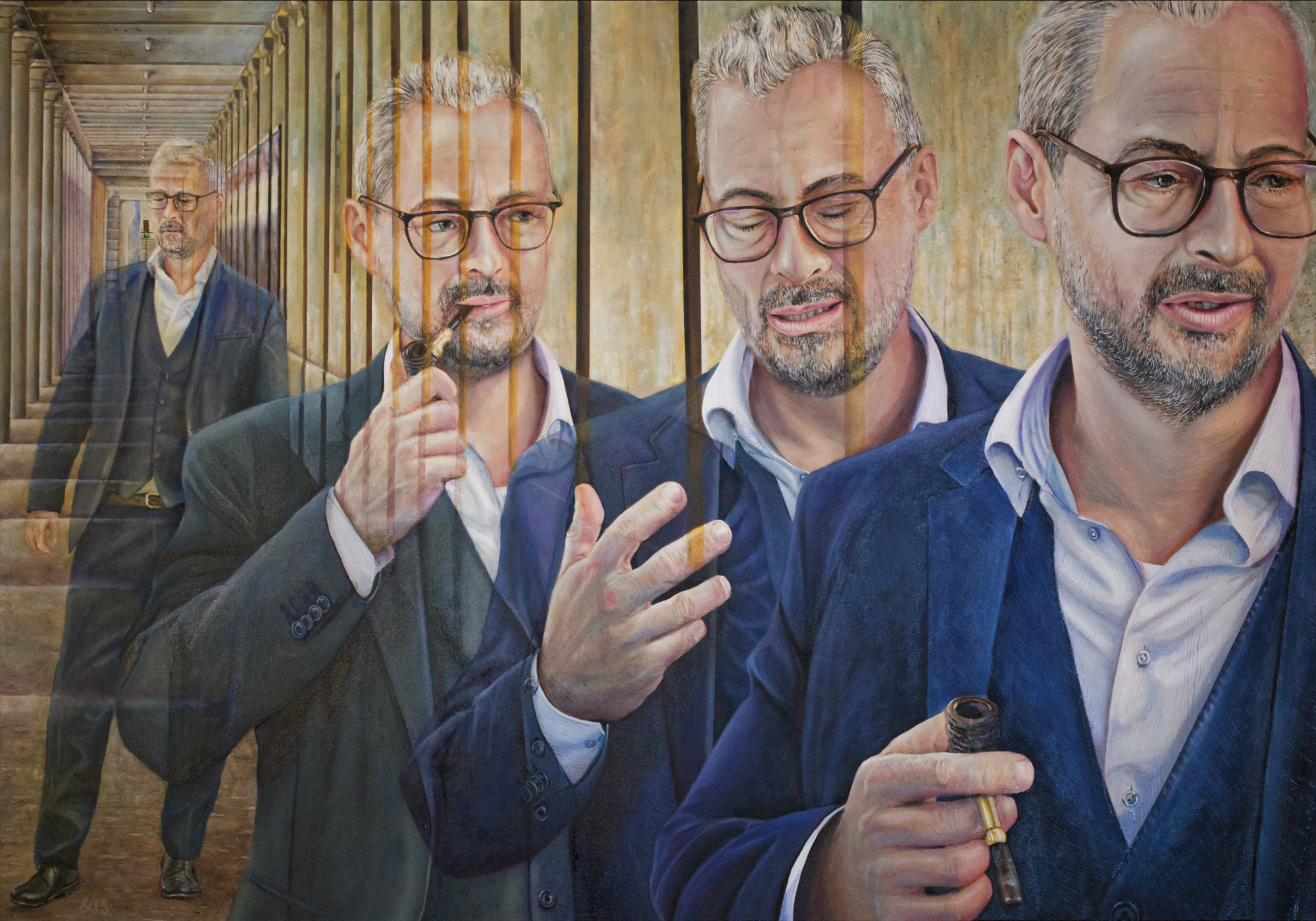 0F is a Portrait Painting of Rane Willerslev, Director of National Museum of Denmark. At the initial meeting served to discuss ideas for the portrait, we also took photographs which served for sketching up the composition. Once the sketch was approved, the painting progressed to warm layer and dead layer underpainting. Then we met, and the colours and details were added and checked.

Portraits have to be more than likeness, ideally they should tell a story of the person or somehow hint at their character. Rane Willerslev happens to be a dynamic character. When he talks about anthropology or other topics close to his heart, he does so with passion, gusto and gesticulation. It is quite refreshing to experience, and I felt compelled to record that somehow as semi-transparent motion echoes

He visited twice and on both occasions his pipe appeared to be a natural extension of him. He was never divorced from it in the sense that either lived in his pocket, in his hand or in his face. That is why, of course, the pipe has been included quite prominently almost as him or his signature style. The same goes for his shirt and tailored 3-piece suits.

A Portrait Painting of Rane Willerslev could also act as an important time stamp. At the time he (is/was) appointed to head up the National Museum of Denmark, which is a large institution with many treasured collections as spread over several locations. The classical sandstone collonade in Stormgade is part of the main building and Head Quarter.