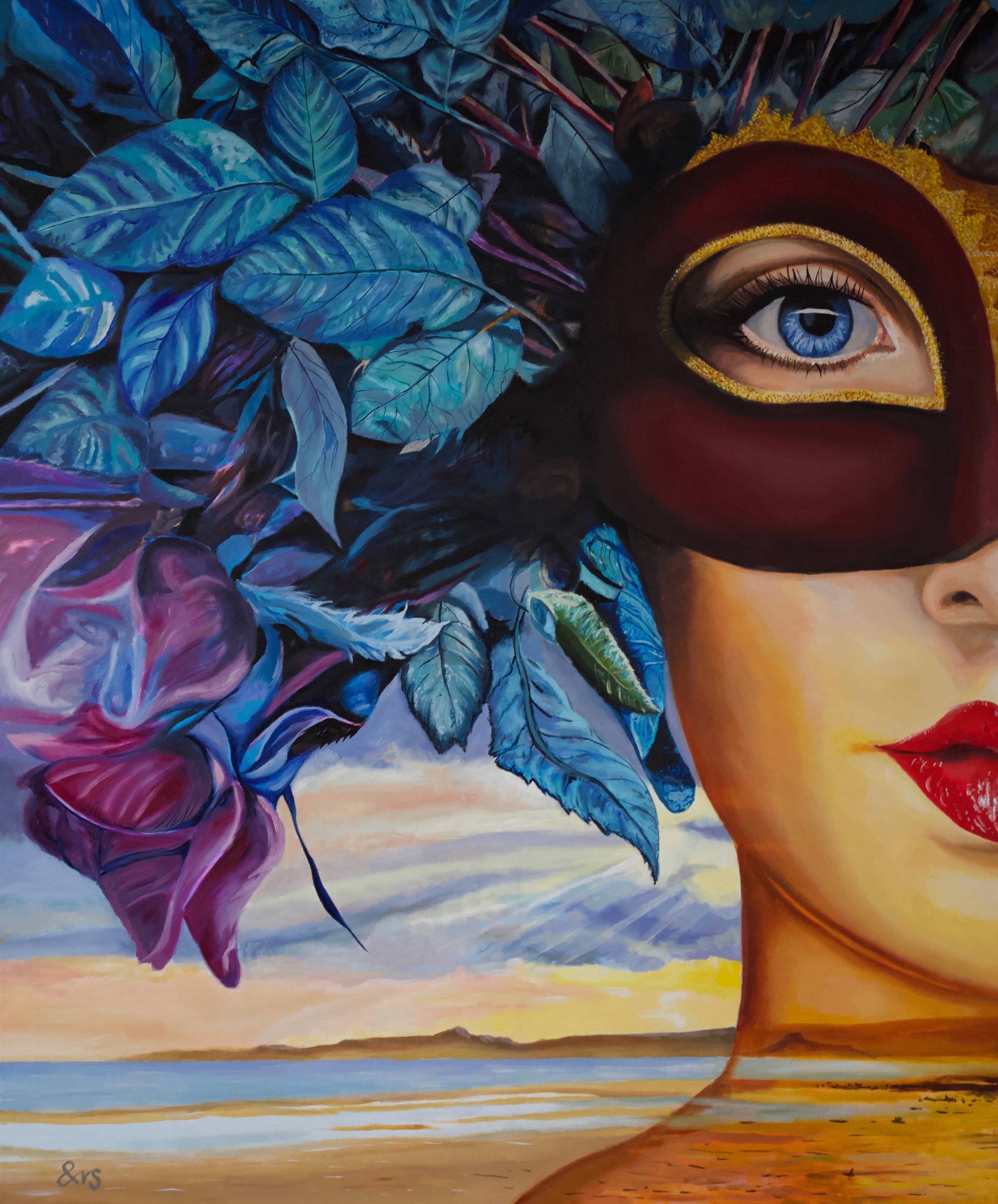 Rhiannon is part of old Celtic religion. In Wales she is the human and royal manifestation of the Gaulish horse goddess Epona and in Ireland the goddess Macha. She is known from The Mabinogion, a collection of medieval tales, in which she makes her first appearance on a pale, mysterious steed and meets King Pwyll, whom she marries. Here you have a close up of her masked face, wearing high chroma foliage on her head. Her skin is unreal and semi-transparent showing the sunset at the seashore and a view over the Atlantic Ocean.

Now if you are a goddess, your job title tends to be a mixed bag. It is said that this old girl was the goddess of fertility, rebirth, wisdom, magic, along with personal transformation, beauty, artistic inspiration and poetry.

By the way, Rhiannon is also a song written by Stevie Nicks, recorded by the rock band Fleetwood Mac in 1975. The song was voted no. 488 in The 500 Greatest Songs of All Time by Rolling Stone magazine. And while we are talking music: The singer and actress Rhianna (Robyn Rihanna Fenty) has a name that is variant of Rhiannon but still refers to the same great queen, or goddess.

In 2020 this painting was acquired by a private collector via Galleri Habsø A/S.