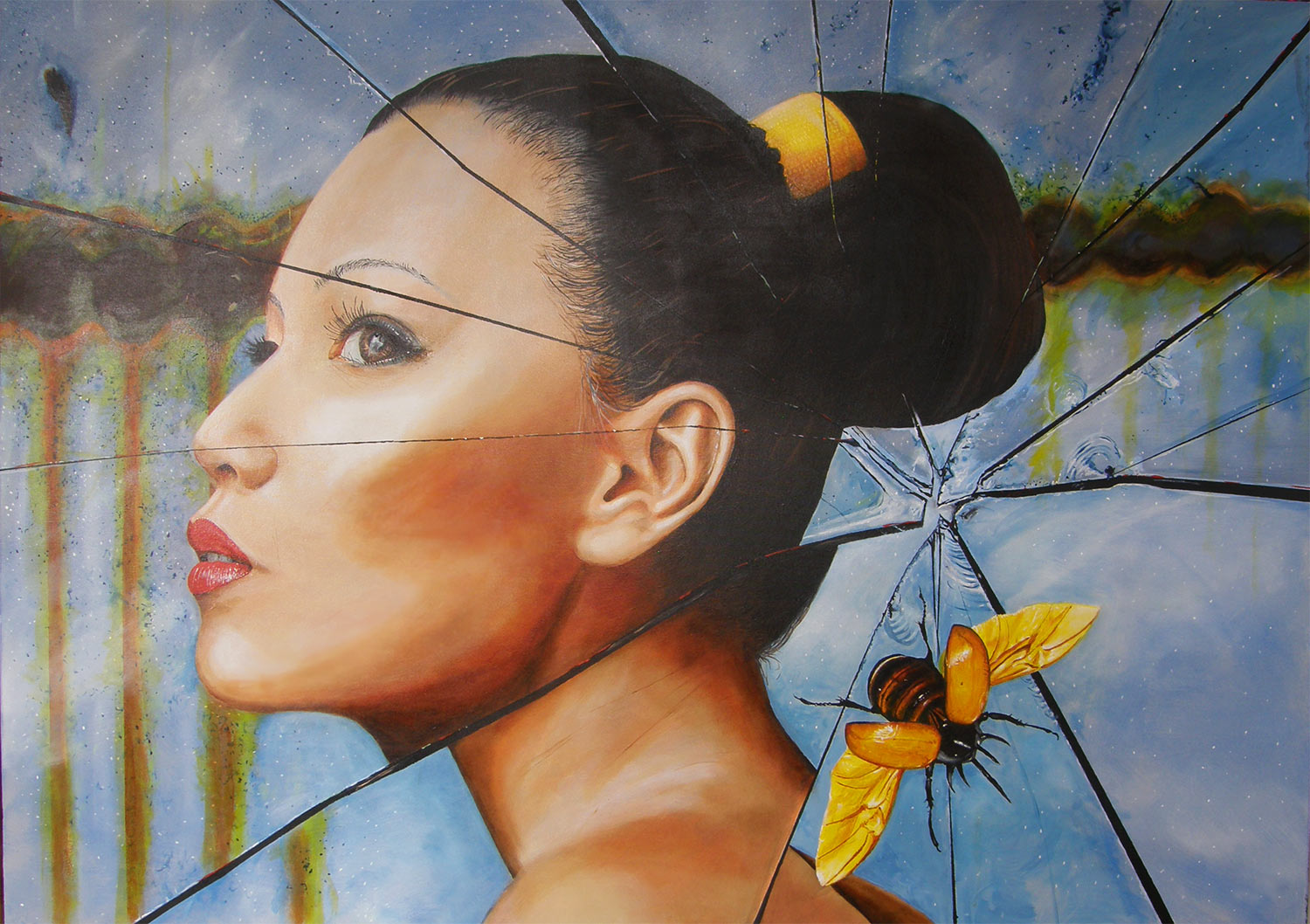 There is a fair amount of scarab art out there, though it does not appear that often in contemporary figuration. However, the Scarab is included in this work about youth and beauty; and the inevitability of ageing and dying: 2B (Woman with Scarab Beetle).

The Egyptian Scarab Beetles symbolise eternal life and rebirth. But eternal life eludes us, and in this composition, the glass pane is there to suggests there is a separation between the woman and the beetle. Eternal life has always been wishful thinking. It seems like when we relise what life is all about and how great it is, it is almost over, and unsurprisingly it leads to funding of anti-ageing research and science.

This paimting, of course, has nothing to do with Beetlejuice though the horror comedy also deals with life and mortality.

Instead, it harks back to one of the oldest recorded myths from one of the first advanced River Valley Civilisations. The Egyptian scarab headed god, Khepri, rolled the sun across the sky where at nightfall it died and was then reborn in the morning.

Again, Scarabs, and Scarab art mean eternal life; and amulets depicting them are believed to give the wearer this magical power of eternity.

The painting was acquired by a collector from the auction house Lauritz in August 2019.

However, it is still available as a signed limited edition on paper.