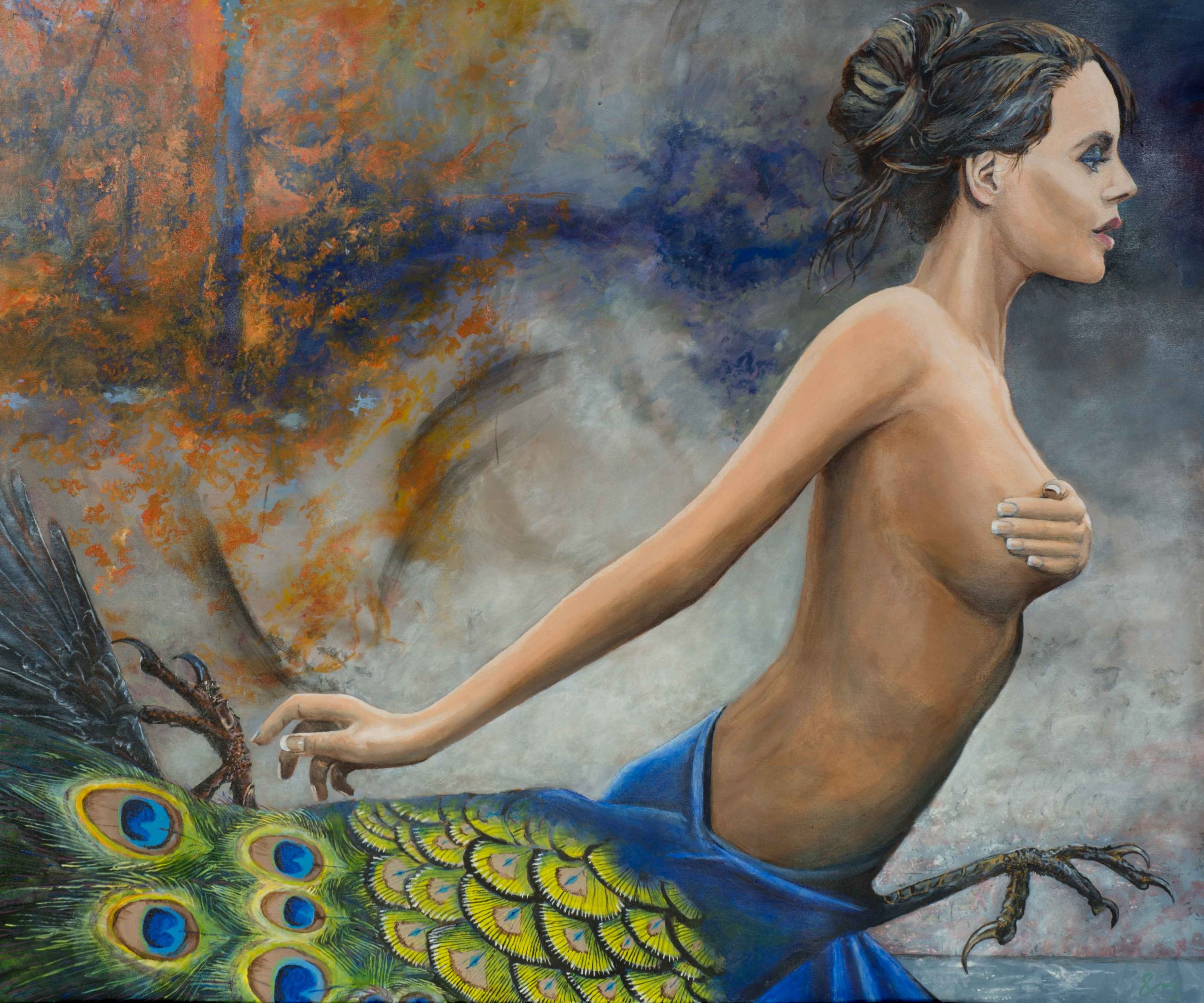 In this shape-shifting painting 4A (Transformation), the woman is clearly feeling vulnerable. But to defend herself, she has claws. In addition, she has peacock feathers which in western cultures are associated high levels of self-confidence, self-esteem and dignity. The feathers are male as are many of the defensive strategies for coping with life and office politics: E.g the so-called ‘power dressing.’

With this painting, the intention was not to tie the composition to a specific myth. Instead, the work applies one of the stock recipe ingredients from many mythologies.

That is the shape shifting or transformation into an animal and back again to some deity. The term “therianthropy” comes from the Greek theríon [θηρίον], meaning “wild animal” or “beast”, and the second part comes from anthrōpos [ἄνθρωπος], meaning “human being”. It has been used to refer to animal transformation folklore of Europe. Others apply the term “zoanthropy” instead. Werewolves (Lycanthropy) is part of popular imagination in Europe. A more recent addition (2005) is the Wallace & Gromit: The Curse of the Were-Rabbit.

As a storytelling trick, it instantly adds the magic of the impossible to myths that must prove divine powers. The captivating part of ‘unusual’ transformation that has long entered popular fiction divorced from myths or organised religion. Think here Strange Case of Dr Jekyll and Mr Hyde and Frankenstein.