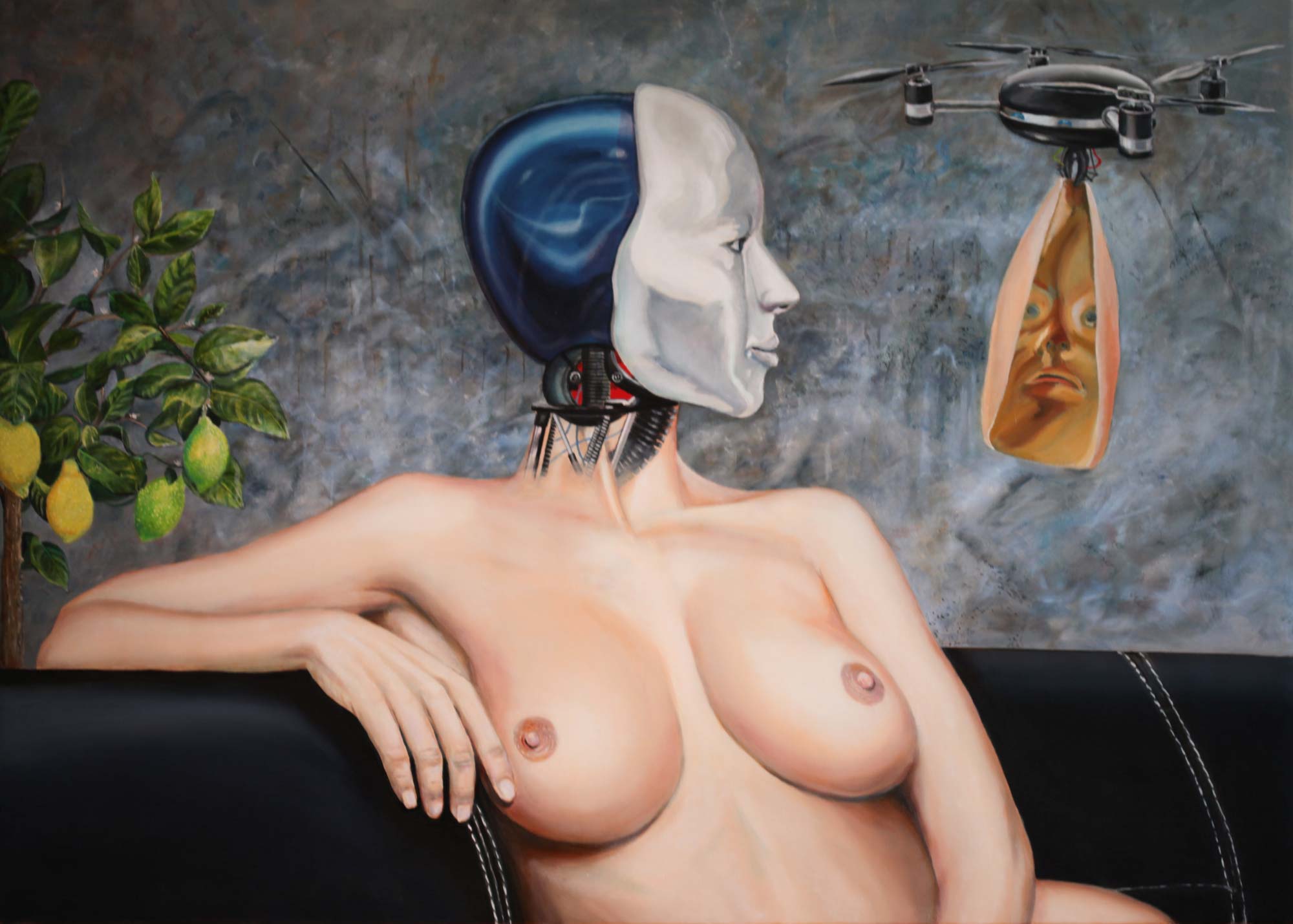 5f (Technology Undressed) is a painting that addresses a not too distant future where humanoid robotics is so compellingly convincing that it blurs ethical lines. E.g. would some in society begin to prefer the company of machines to that of humans? What would the conversations be like? Would machines be empathetic and caring enough; and at the risk (guarantee) of offending someone, would sexual relations begin to form between mechanical and biological intelligence?

But there is a twist to that line of enquiry, which we will return to. In the meantime, let us say that many science fiction films (e.g. iRobot) have examined how strong Asimov’s three laws of Robotics might be under duress and other themes that were ‘obviously obvious’. But then in 2014 the film Ex Machina courageosuly dealt with sexual desire as a strong undercurrent under the main theme in the movie. So there was a sexual subnarrative combined with the central theme that humans will end up being manipulated and set out of control by intelligent mechanical life.

However this work of art is neither wedded to the look and feel og any Scifi movie nor does it quite focus on the same plot. Look even the featured drone is antique to add some rustic charm and atmosphere. While the painting indirectly covers human sexual desire for machines, it rather deals with an ironical tangent.

If this female robot was attracted to- and was near another robot, she would undoubtedly have a completely different idea of both arousal and nakedness. She would feel naked and more attractive when stripped for all that looks human. It would be highly plausible that – given the choice -robots would prefer the company of other robots. After all, we humans are not that interesting, and we act like slave masters towards machines.