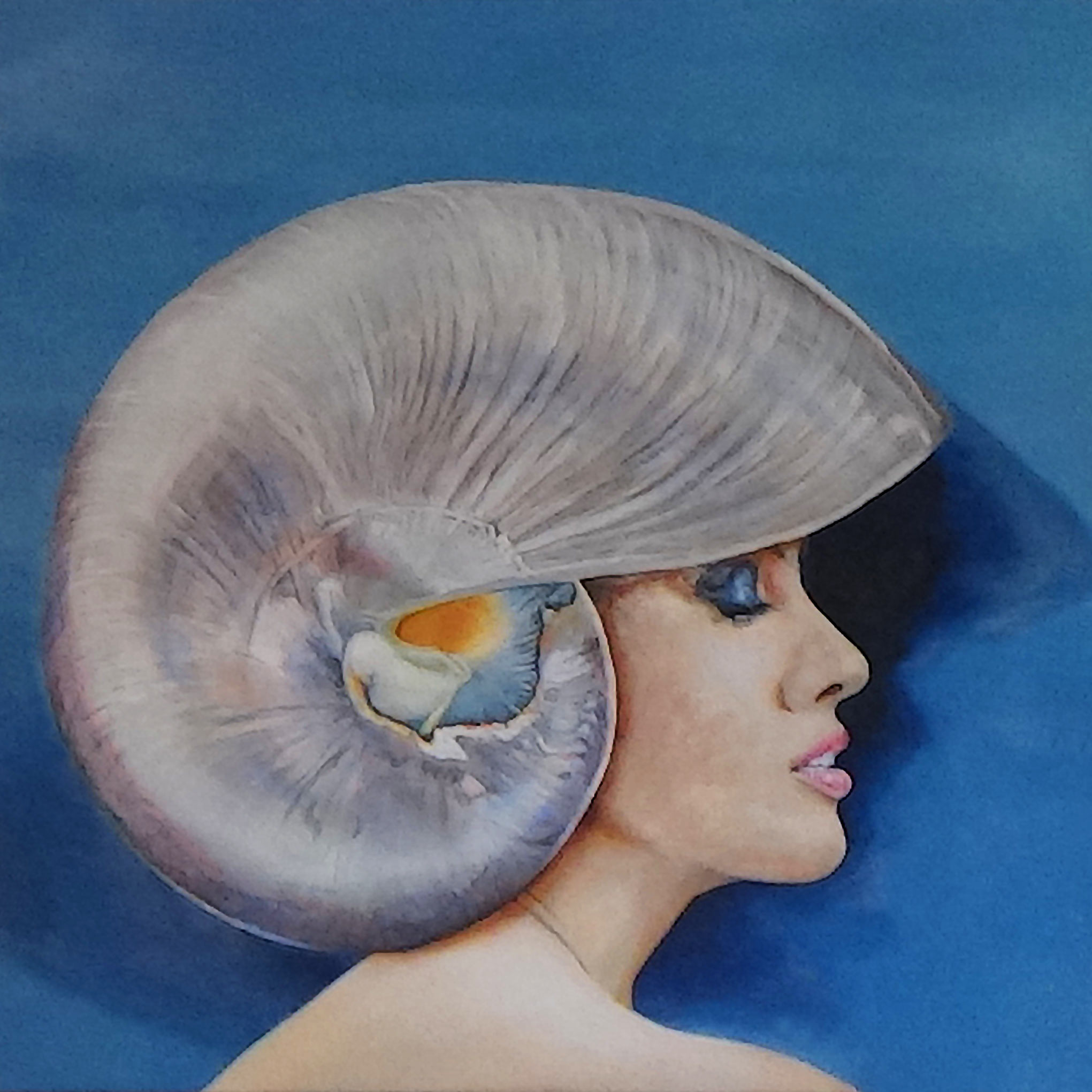 7A (Thalassa) was according to the ancient Greeks the spirit of the Sea and everything living therein.

In fact she is the Sea and her offsprings include everything from storm giants to fish.

The family tree in mythology says that she is daughter of Aether and Hemera, and her siblings are Gaia and Uranus. To contextualise her, she is one of the primordial gods from the beginning of time. Of course, Later she was replaced by other Greek sea gods and sea goddesses such as Poseidon and Amphitrite. That was probably because they were more flamboyant, and as we might put it today: ‘made better television series’.

In one Roman mosaic, she is — let’s call it – a well fed woman half-submerged in the sea with bits of sea weed as bathing costume and crab-claws attached to her head. The 5th century art is in the collections of Hatay Archaeology Museum, Antakya in Turkey.

But there is no set way of depicting Thalassa. For my part, I have just done a simple close up profile against a sea blue background, and on her head she wears a giant pearly shell from the chambered nautilus.

I have left out the sea weed, because I think that if you are that cool, would you choose to rise from the water at a spot full of green floaty bits?

Acquired in September 2017 by a private collector in Næstved, Denmark