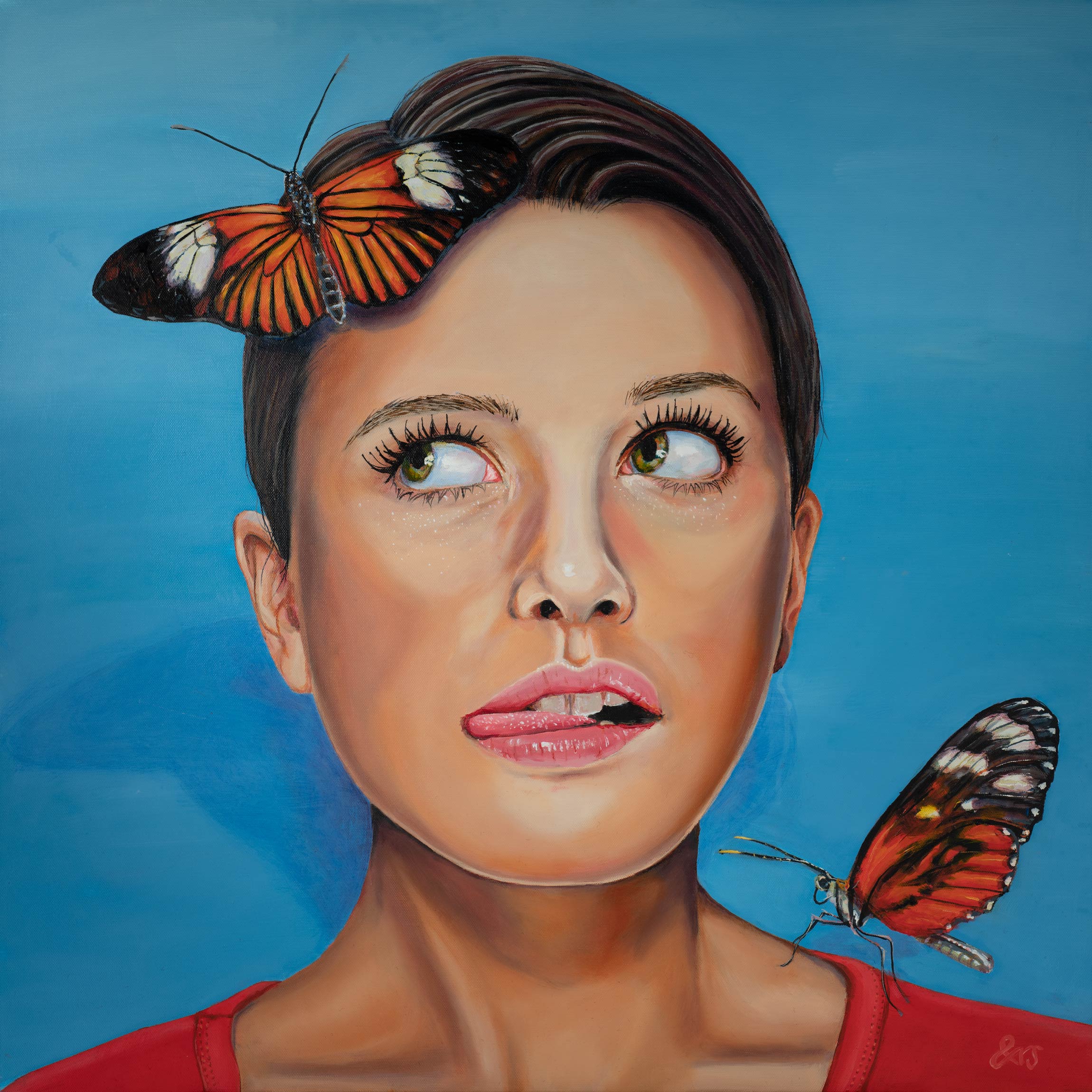 5i (tronie) is a painting of a pensive woman with a lip licking expression, composed of a single uniform background with a cast shadow, plus two butterflies.

A tronie is the name given to a type of work common in Dutch Golden Age painting and Flemish Baroque painting that depicts an exaggerated facial expression or people in costume. In modern art-historical usage the term is typically restricted to figures not intended to depict an identifiable person. That makes it a form of genre painting in a portrait format. Typically, the format is the painted head or bust only and concentrates on the facial expression.

Rembrandt van Rijn drew and painted tronies, many of which were self portraits. It is thought he did so to study the anatomy of the face as well as explore what various facial expressions could do in terms of storytelling.

The genre started in the Low Countries in the 16th century where it was inspired by some of the grotesque heads drawn by Leonardo. Leonardo had pioneered drawings of paired grotesque heads as his own line of enquiry.