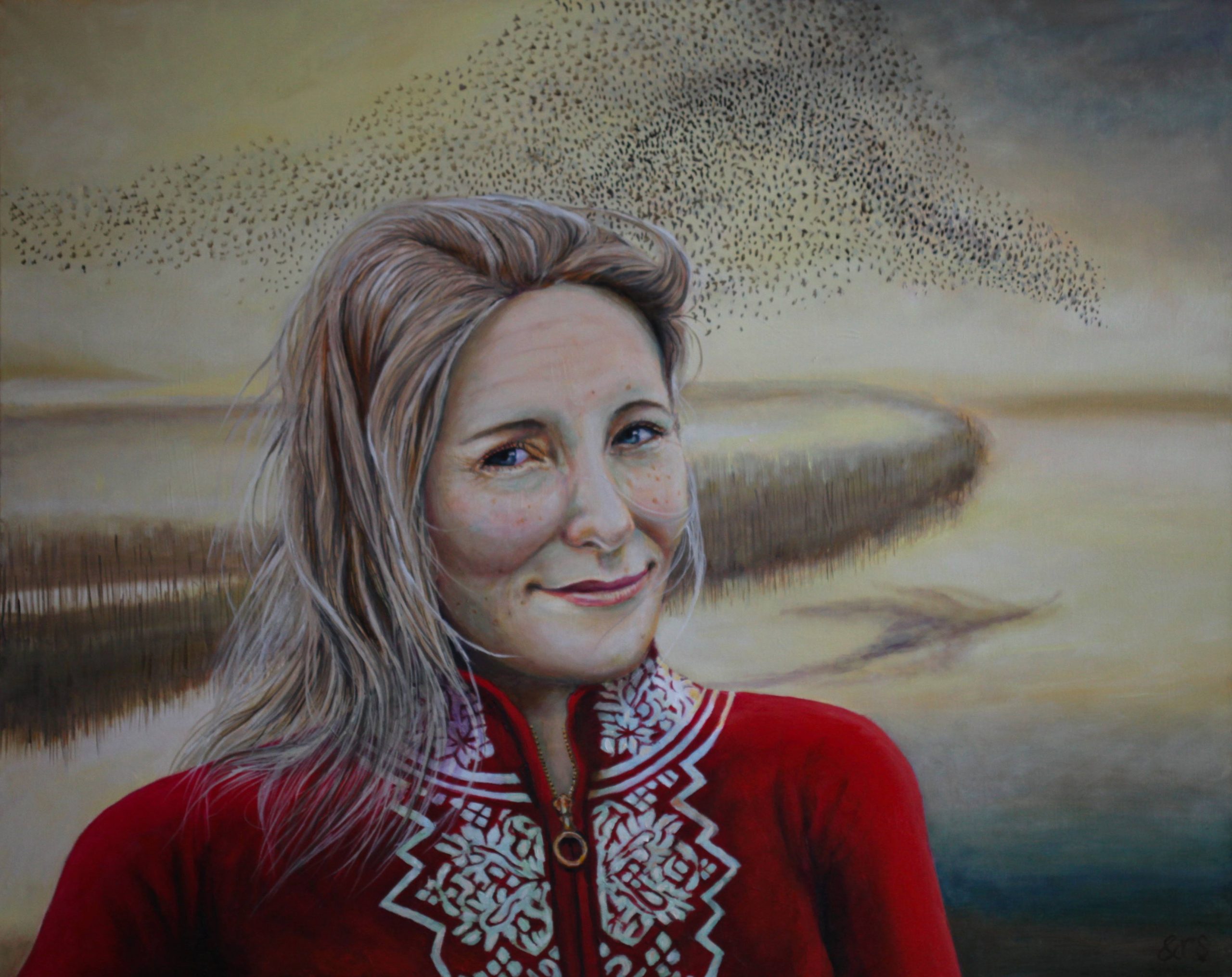 2i (Woman and Black Sun) is a painting geo-targeted in ‘Tøndermarsken’, an area in Southern Jutland Denmark, right at the border to Germany. The woman is looking at us and standing somewhere dry in the marshlands. She wears sensibly warm clothing for an early morning in the spring. If we were deaf, we would be excused for thinking it is calm and tranquil on this spot. After all it is far from civilisation. But it is teaming with life, and there is an incredible noice from frogs and birds and whatnot.

At all times but particularly at dawn and dusk in the spring and autumn you see many migratory birds feeding from the wet meadows. The phenomenon Black Sun is when they are flying, and that is magically poetic to watch. Thousands of starlings fly in unison and suddenly change direction in a split second. It is so synchronous and orchestrated that it is mesmerising to watch in almost pulsating formations.

The model in this painting also appears on another work. That is set in the same region not far away, by the shallow water at the Wadden Sea National Park.