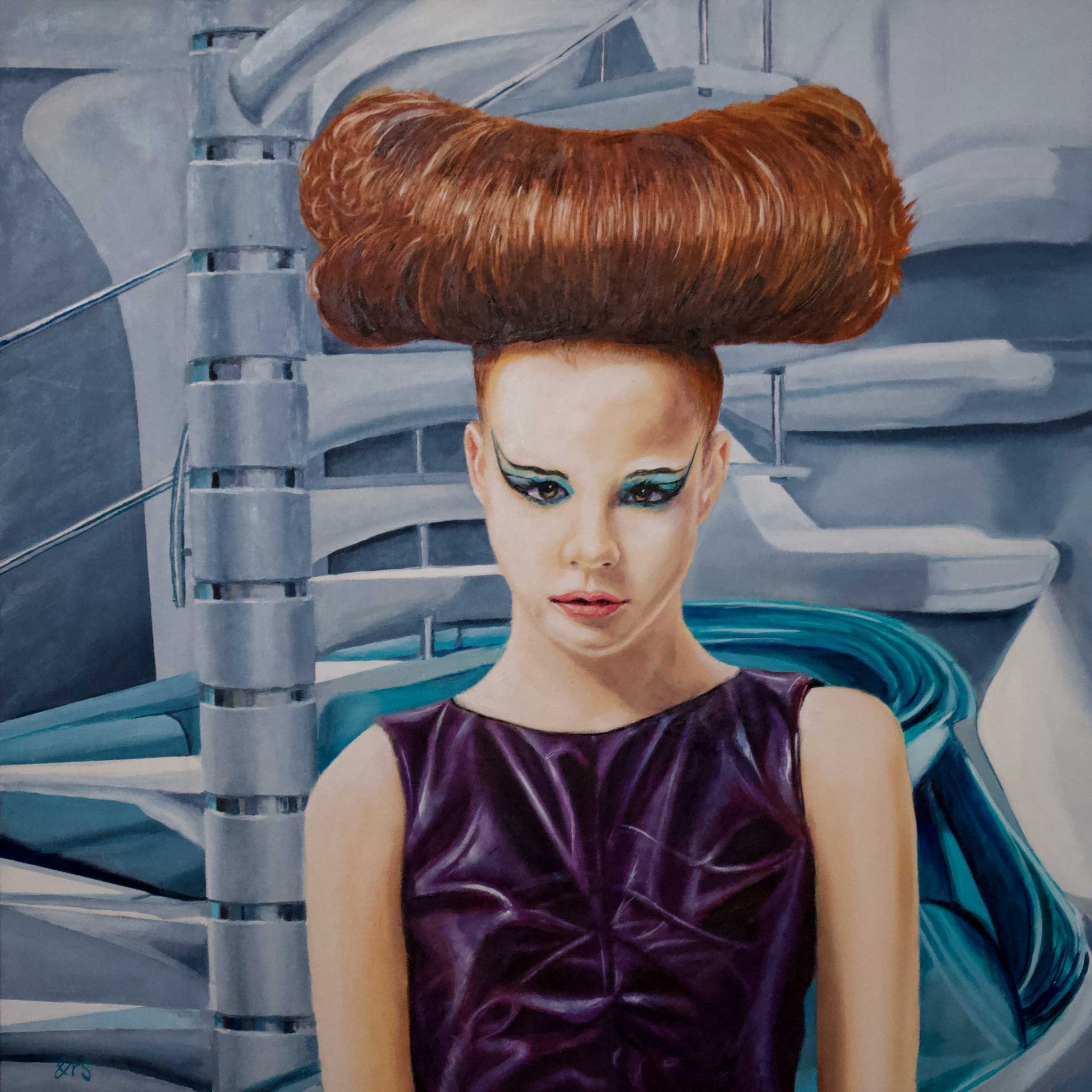 6j (Generation z): At the time of writing this (end 2021), The first group of milennials (Gen Y) are now parents of tweenies and teenagers, now referred to as Generation Z and Alpha respectively. There is some academic work on this group now that we are expecting them to join the ranks af young adults.

At a loss for better words, this painting is an attempt to sum up my personal image of Generation Z.

Their parents became the first markers of a generation that had an unprecedented sense of entitlement. Their voices should be heard, and their reward had to be paid in advance or, at least, with no delay. But they are also more switched on and streetwise. They learn and adjust better and many have made meteoric careers.

Lots of really positive things can ce said about their children, the Gen Z. They are technically rating the generation with the highest average IQ level. IQ is effectively isolated alpha-numeric intelligence and pattern recognition, though it excludes other forms of intelligence.

But like their parents, they struggle with emotional intelligence and empathy. They grow up in an individualistic dopamine rich culture, that includes instant-reward e-learning, computer games and social media as key ingredients. They are constantly praised and cyber bullied by their ‘peers’ 24-7. They are brought up to think (all things being equal), that they as individuals are exclusively the main sources of their own successes. The downside of which, is that failure to accomplish og achieve something becomes a very personal failure for the individual. I.e. not a welcome learning experience. And how could it be, when everything you do is observed and commented on by the rest of the world, it would seem? They are being constantly measured and assessed in school as well. So the Zen idea that “the journey is the reward — not reaching the destination”, makes absolutely no sense to them — and nor should it amidst such collective social conditioning.

One could fear, it creates the perfect conditions for developing NPD, Narcisistic Personality Disorder. A disorder, it has to be said, was first introduced by US and Canadian Academics, and only have been reluctantly (or not) accepted by their European counterparts. Anyhow the DSM-5 diagnostic criteria for NPD include the following traits:

• having an inflated sense of self-importance and entitlement.
• needing constant admiration and praise.
• expecting special treatment due to perceived superiority.
• exaggerating achievements and talents.
• reacting negatively to criticism.

IMPORTANT NOTE.:
Art is much in the head of the beholder, and from conversations with visitors seeing my work at exhibitions, it is clear that people have a tendency to make a connection between my paintings and my assumed sexual desires.

Being a very married man with family, I can only say my choice of subject matter has to do with
1) What my idea or concept is; and
2) producing art in a commercial environment. The reality is that there is not much sale in paintings of men with long beards.

With this painting depicting the youngest female person painted so far, I am honestly very (as in very) afraid of being tagged as a cheap Balthasar Klossowski de Rola, known as Balthus. He was a Polish-French modern artist known for charged images of pubescent girls.

In the series narcipolis you can find more paintings examining our age.